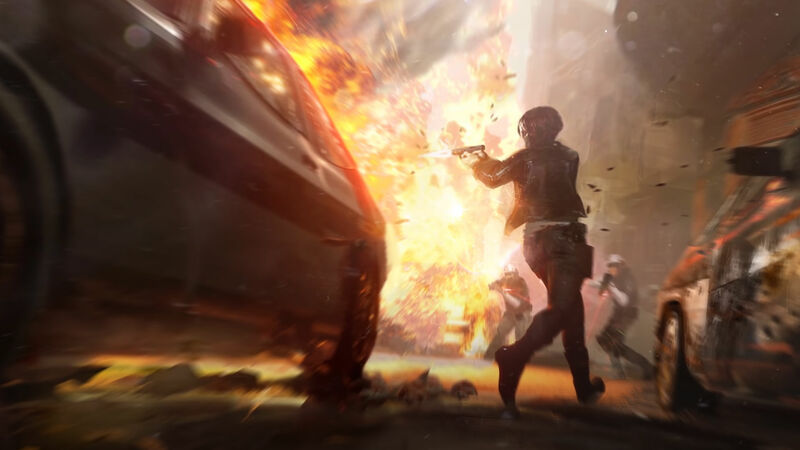 4.2
This morning, Embracer Group announced the purchase of several studios owned by Square Enix, including Crystal Dynamics. The $300 million purchase has naturally led to questions from Xbox fans about the next iteration in the Perfect Dark series. Development on that game was started by The Initiative, but Crystal Dynamics has been working alongside the studio since at least last September. Fans can breathe a sigh of relief, as it seems the sale of Crystal Dynamics won't have any impact on the Perfect Dark reboot. The Initiative confirmed on Twitter today that co-development between the two teams will continue as planned.

"We're excited to see Crystal Dynamics take these next steps with their studio. Our teams have made great progress in building Perfect Dark together as co-development partners, and we will be continuing this work with them in their next chapter," the studio writes.

News of Crystal Dynamics' continued involvement in the new Perfect Dark is not too surprising, as Embracer Group tends to be hands-off with its subsidiaries. Embracer CEO Lars Wingefors has encouraged the company's operating groups to remain separate, allowing them to continue a sort of "business as usual" approach, which is what we saw when the group purchased Dark Horse Media back in March. Given that, it makes sense that Crystal Dynamics would still have the opportunity to work on Perfect Dark alongside The Initiative.

While The Initiative is a relatively new studio, the team consists of several industry veterans, many of which have past connections with Crystal Dynamics; The Initiative's founder is Darrell Gallagher, who was previously the head of Crystal Dynamics. When it was announced that the two companies would be working together on Perfect Dark, the partnership made a lot of sense, and it seemed like a good sign for the new game. It remains to be seen how the Xbox exclusive will turn out, but hopefully the two teams will be able to create something special for long-time fans and newcomers alike.

The Perfect Dark Zero was a pretty good game

So, hope this reboot is going to be great