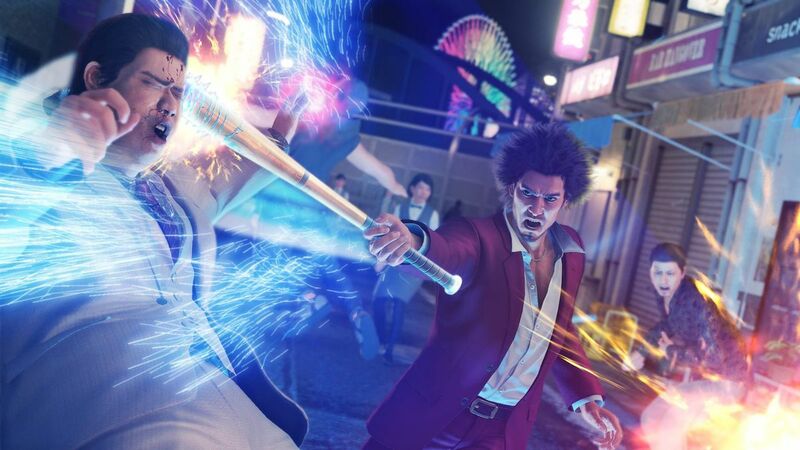 4
Yakuza: Like a Dragon toppled the existing beat-'em-up franchise formula in favor of JRPG mechanics. The game performed well and fans seemed receptive to the change, but since then, the series has gone relatively dormant.

While fans of the developer have been treated to Lost Judgment, the Yakuza-series detective spin-off in the meantime, things have been relatively quiet on the development front for the next mainline entry. Now, the team lead has shared a small development update on how Yakuza 8 is progressing.

Team lead Masayoshi Yokoyama shared a few comments on how the next main game was progressing during a conference on Japanese video streaming service Nico Nico Chokaigi. According to Yokoyama, the next Yakuza game is going well, though it sounds as though it's still fairly early in the development process. Yokoyama says that some voice actors have begun to record their lines, but the story is incomplete at this time. Apparently, the writing team is currently working on the climax of the story.

Since Yakuza games tend to use the existing infrastructure of prior games, utilizing existing maps, locales, and character models, this doesn't necessarily mean that the next game is still several years out. Yokoyama couldn't put a timeline on when the next game might be ready for release, though he did note that he expected they'd be able to share more about the title sometime this year. With any luck, the next development update will have a little more meat to it, perhaps sharing the planned character cast, images, or even a trailer.

At this point, the title of the next Yakuza game is also unknown. While it could be called Yakuza: Like a Dragon 2, that's unlikely to be the name in Japan, as the game was called 'Like a Dragon 7: Whereabouts of Light and Darkness' there. The names of the games have always been a bit different between the west and Japan, since the translation dubbed the series 'Yakuza' instead of the original 'Like a Dragon' title.

What is known from prior reveals, however, is that Yakuza 8 will continue to follow the story of new protagonist Ichiban Kasuga, who took up the reins after long-standing series protagonist Kazuma Kiryu. The series also plans to continue to stick with the JRPG format.

Beat-'em'-up fans have had the Judgment series to rely on since the shift, though the future of the Judgment series remains a question mark since issues have allegedly arisen between the lead actor's representation and SEGA. Of course, RGG could always end up returning to prior series entries, like the Samurai spin-off titles Ishin and Kenzan, or perhaps Kiwami-style remakes of Yakuza 3 and beyond. For now, fans will have to continue to remain patient.

Yakuza: Like a Dragon is available now for PC, PS4, PS5, Xbox One, and Xbox Series X/S.