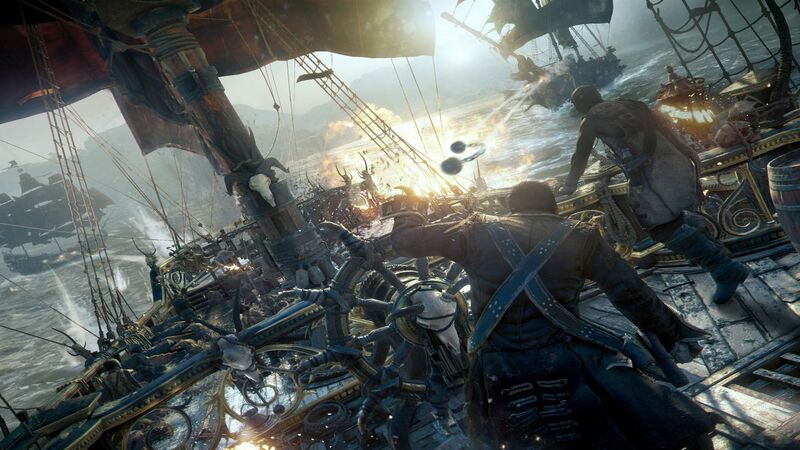 4
Skull and Bones has had a notable leak, revealing a ton of new gameplay, pushing publisher Ubisoft to respond with a new tease. Skull and Bones has been in development for nearly a decade, spawning as an offshoot of Assassin's Creed: Black Flag after fans responded well to the pirate content within the game. Ubisoft saw the potential of expanding on this concept and has spent an extended amount of time trying to make sure it comes out right, resulting in the game essentially being in development hell, but it seems like Ubisoft may actually be ready to release it soon.

New footage of the game has leaked out from an alpha test, offering extensive details about Skull and Bones. The footage is essentially a tutorial for the game and guides players through all of the key features, such as the fact your crew can turn on you if you don't appropriately manage their morale. It has come a long way from being just a spin-off of Assassin's Creed and has become one of the most in-depth pirate experiences out there. The leak resulted in Ubisoft releasing a small Skull and Bones teaser which suggests more info and likely gameplay is coming very soon. Ubisoft is expected to have some kind of appearance at the summer gaming events, so it's likely we'll get some concrete info and a new look at the game around June.

Keep your eyes on the horizon... 🏝️ pic.twitter.com/BWaH9QfYUb


The footage is largely being scrubbed from the internet by Ubisoft and we can't host it here on ComicBook, so it may be hard to find, but it's likely Ubisoft will create a new, more comprehensive version of what leaked for its summer showcase. As of right now, Skull and Bones has no release date, but is expected to release sometime by next spring. Given it is doing playtesting right now, it could see a holiday 2022 release, but that's nothing besides pure speculation.

I will be keeping my eyes on the horizon...