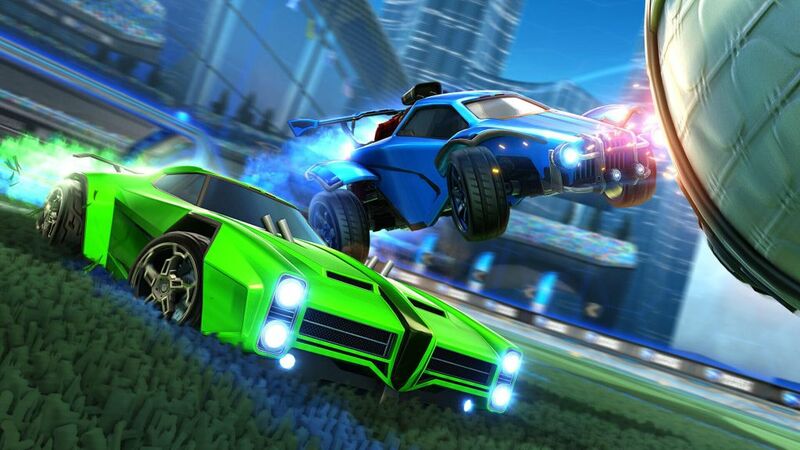 4.4
Rocket League is jumping on the battle royale wagon.

Rocket League's new battle royale mode, Knockout Bash, pits eight players against each other in all-out car combat. There are no balls or goals here; instead, victory involves eliminating your fellow drivers by knocking them out of the arena's Safezone or into deadly hazards.

Knockout Bash also brings some brand new mechanics to Rocket League. You can attack opponents to send them flying out of the Safezone or grab and fire them into hazards like spikes and laser grids. A well-timed block can also reflect an opponent's attack back at them.

In typical battle royale fashion, permadeath is present. Unlike the unlimited respawns of the main game, here it's game over after three knockouts. Find yourself on the wrong side of the Safezone, and you've got 10 seconds to return before you're KO'd. To add to the pressure, the Safezone is continually shrinking.

All of this chaotic action takes place on three new arenas built specifically for the battle royale mode. These are Calavera, Carbon, and Quadron. Knockout Bash is live now and runs until May 10. You can get a glimpse of the limited-time event in action in the trailer below.

Rocket League could have some competition on the way. Gravity Goal, another game where players attempt to hit a ball into an opponent's goal, but with motorbikes instead of cars, is reportedly in development at 2K.