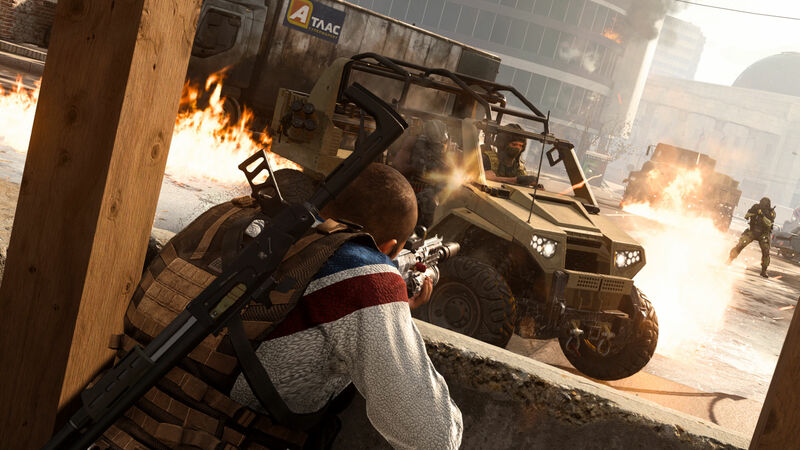 3.5
Launching alongside the rebooted Modern Ware back in 2020, Call of Duty: Warzone has been a massive success for Activision and supporting studios like Raven Software. As a constantly evolving free to play live service title, fans can jump in and face off against other players in Battle Royale matches or one of the many limited time modes that pop up from time to time. In fact, as a real change of pace from the norm, Activision is set to introduce a giant fight between iconic monsters King Kong and Godzilla.

Even with the constant evolution happening in Warzone, Activision is forging ahead with a true sequel to the popular game mode. While there's not a ton of information to go on for Call of Duty: Warzone 2, industry insiders seem to agree on a 2023 launch date and that the battle royale could be skipping older console platforms entirely. While Activision remains mum on specific details, prominent leakers have been relaying information including one individual who has provided details on the game's map.

Reputable Call of Duty Warzone leaker TheGhostOfHope has seemingly discovered new information surrounding the map and its setting. According to the leaker, Warzone 2's map will be taking heavy inspiration from the real life city of Medellin, Colombia. Centered in the Andes Mountains, the location has a variety of regions from jungles to skyscrapers, and even urban zones, which should translate well to a large battle royale style map like Verdansk which had plenty of points of interest to explore. It's worth noting that none of these details are confirmed or considered official, so fans should take the information with a grain of salt for the time being.


However, the location does fit with the reported theme of Call of Duty Warzone 2. According to previous leaks, the game will center on a conflict with Columbia's drug cartels, and if this recent leak is true, players could be facing off with the Medellin Cartel led by Pablo Escobar. With Infinity Ward leading development once again, there will likely be plenty of content synergy between Warzone 2 and the campaign from the annual Call of Duty release.

This latest information, while unofficial, is interesting in that it contradicts another Warzone 2 map rumor from TheGhostOfHope this past February. In that report, they mentioned that based off information they had been told, the map would likely take place in the Atacama Desert in Chile, another South American country. Granted, that was mainly speculation based on information they recieved, though with the newest update, it appears that theory is now incorrect.

They should always include real world locations on war games ffs