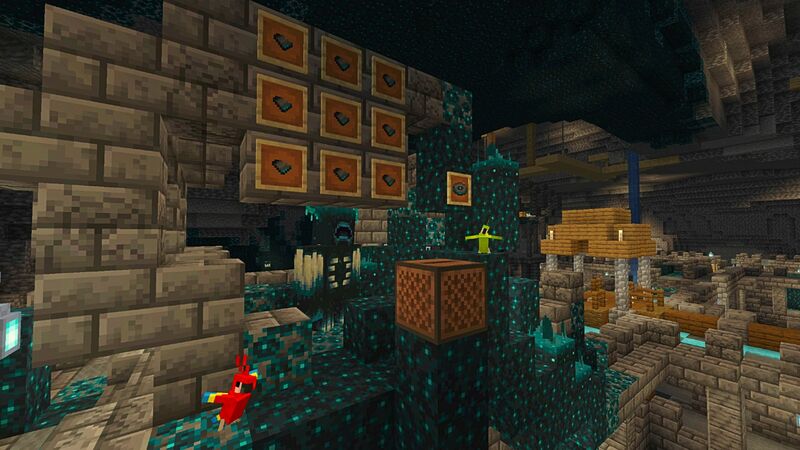 5
Good news, gang: the latest Minecraft snapshot has added more incredible music to the chill building game. Minecraft is mostly about creating incredible things like a fix for the FFXIV housing crisis or this impressive functional keyboard. While it’s different things to different people, nearly all of us can agree that the music is consistently sublime.

The latest Minecraft snapshot, which is basically the way Mojang shows us a glimpse of the future, brings in a few cool changes, but the most exciting one has to be the new music from Lena Raine. For those who don’t remember the name, Lena Raine is the powerhouse composer behind the game soundtracks like Celeste and Chicory: A Colourful Tale.

Raine explains on Twitter that they wanted to “focus the musical style around more of a blend between synths and live instrumentation, with sounds inspired by mallet percussion and also using strings, piano, and woodwinds in places.” The inclusion of natural sounds is at the core of Minecraft, so it makes sense that the music, which you can listen to here, reflects that.

If you’re somehow not in the camp that’s excited about this, you’ll be happy to know there’s other stuff in snapshot 22W16B, which was 22W16A, but they had to release a new version to fix a crash in the original one. Anyway, Minecraft Allay fans will be happy to know that Mojang is raising the adorable mob’s health by 100% alongside a few other buffs to things like its movement speed when collecting items.


Mojang is also altering some “randomised events” to make them more predictable, including the placement and velocity of dropper and dispenser items and the velocity of horses that spawn from skeleton traps.

Outside of this update, have you heard the latest news about Jason Mamoa and Minecraft? Which is a sentence we never expected to write. For everything on the Minecraft movie release date, check out this guide from our sister site The Digital Fix.

It's been a good few years I played Minecraft,
need to go back into it again soon