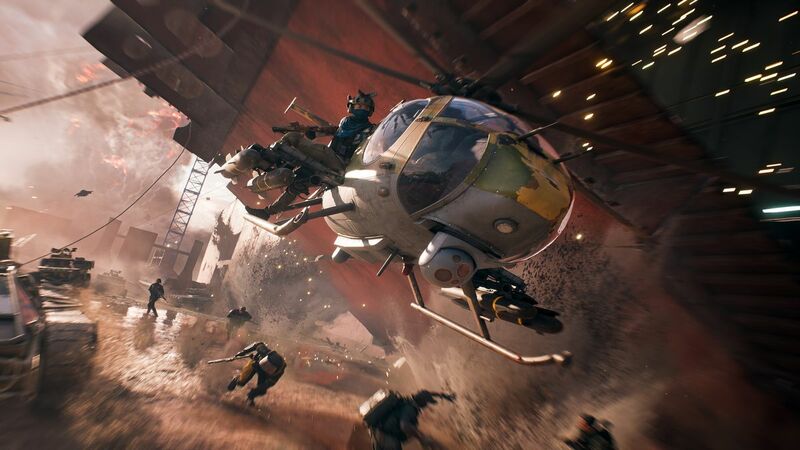 3
Battlefield 2042‘s update 4.0 is now live and brings with it hundreds of bug fixes, as well as the much-requested voice chat feature.

The EA DICE shooter launched in October without what has become an industry-standard feature for multiplayer FPS titles.

At launch, it was claimed that developer DICE had said that it found lots of players used standalone chat applications like Discord to communicate, but that it was looking to add in-game voice chat “shortly after launch”.

Battlefield is a multiplayer-only title which can benefit from player communication across all three of its game modes, but especially in the new co-op game type Hazard Zone, which sees four-player squads competing to be the first to locate targets and extract intel.

“We’d like to thank you for your patience while we’ve worked to get this update into your hands, and we’re looking forward to your continued feedback once you’ve been able to hop in and play.

“Our next update following this one is presently scheduled to release in May, and is focused on bringing further quality of life updates and bug fixes. We’ll have more to tell you about the contents of that update closer to its release.”

Can't believe they took so long for this feature.