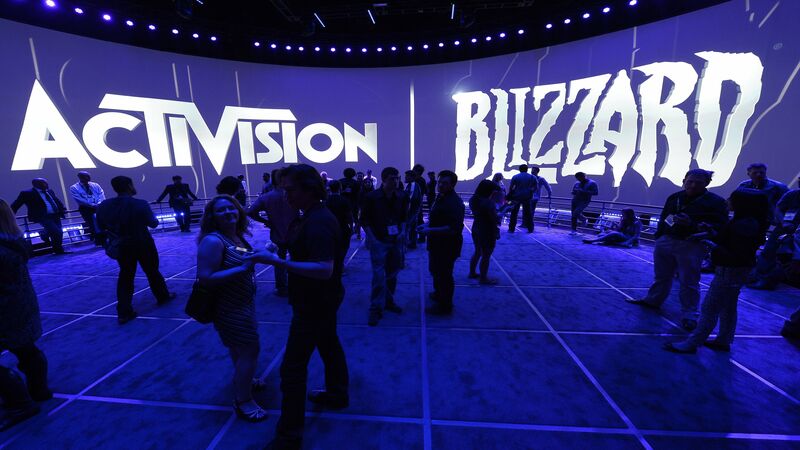 3.3
Following a weekend report of a survey indicating that Activision Blizzard is looking into developing NFT-based games, Blizzard president Mike Ybarra took to Twitter to say, unequivocally, that it's not happening.

The survey, hosted by research and analytics firm YouGov and reported by Game Rant, asked respondents to rate their interest in a variety of "emerging/future trends in gaming," including photorealistic graphics, cloud-based gaming on services like Stadia, subscription-based services like PC Game Pass, and "metaverse gaming experience," whatever that is.

But there were two particular topics asked about in the survey that triggered alarm bells: Play-to-earn gaming (earn cryptocurrency, NFTs, or real currency), and NFTs (non-fungible tokens). NFTs are essentially unique digital items, although as we explained in our rundown of what to expect from NFTs in games in 2022, it's all a bit messy: It's not the picture of the ape that you own, exactly, but a bit of data—a digital certificate—that says it's yours.

On top of that persistent confusion about what exactly an NFT is (and isn't), the process of cryptocurrency mining is notoriously harmful to the environment, and NFT-based games and marketplaces have been notoriously vulnerable to scams and ripoffs.

A number of game companies have backed off on plans or aspirations for NFTs because of widespread backlash against them: After expressing enthusiasm for the future of NFTs in late 2021, for instance, Electronic Arts CEO Andrew Wilson said in February 2022 that it "remains to be seen" what role NFTs and the blockchain will play in future of videogame collectibles.

No one is doing NFTs.


The reaction to Ybarra's tweet was split: Some followers expressed relief that Blizzard isn't dipping its toes into the scene, while others pointed out that it wouldn't be polling about NFTs if there weren't at least some degree of peripheral interest in them.

Of course, companies conduct polls on all sorts of things, including pretty far-out ideas at times, and that appears to be the case here. "The company conducts surveys regularly on a wide range of emerging topics to better learn about the interests of our players, regardless of our involvement in such trends," a Activision Blizzard representative said in a statement emailed to PC Gamer.

For now, then, it seems that Activision Blizzard really is just asking questions, although there's no guarantee that Blizzard won't go blockchain at some point down the road.

They will more likely change their minds in months to come