Portal Writer Says He Wants to Make a Third Game 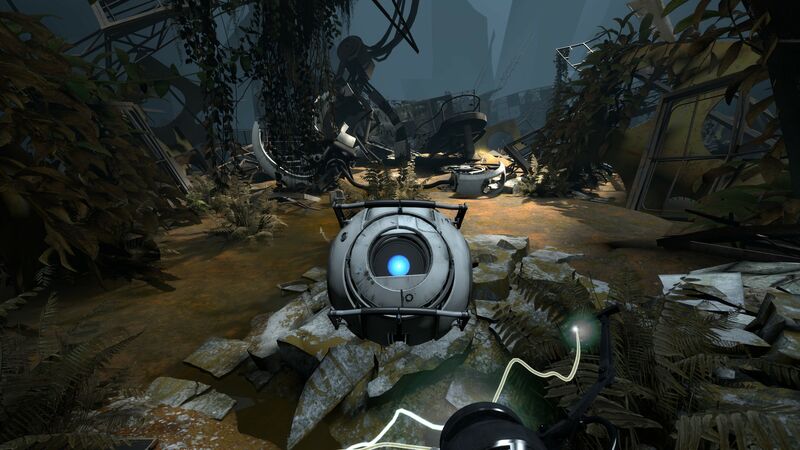 3.7
Portal and Portal 2 are often considered two of the greatest video games of all-time, and a big part of that popularity can be attributed to the writing. Writer Erik Wolpaw has worked on games such as Artifact and Half-Life: Alyx since then, but the one thing he really wants to work on is Portal 3. In a recent appearance on the Kiwi Talkz podcast, Wolpaw shared just how much he wants to return to the series, and how he wants to be able to do it before he's "too old."

"We've gotta start Portal 3, that's my message to you. Anything you can do, let's do it, let's just make it happen. Because yeah, I am also not getting any younger like we are reaching the point where it's crazy to think, literally gonna be too old to work on Portal 3 so we should just do it," said Wolpaw.

Wolpaw went on to say that Portal fans should make their appeals known to Gabe Newell, though the writer was quick to point out that he doesn't think these appeals will help the game materialize. However, if Newell and Valve see an interest, it certainly couldn't hurt!

It's been more than 10 years since the initial release of Portal 2, so it's understandable why Wolpaw might think that the series won't see another sequel. That's a very long time between installments, but it's certainly not unheard of; there have been plenty of video game franchises that have gotten a new entry after more than a decade on the shelf. Sometimes that time off can help a team get some rest and come up with fresh ideas. Wolpaw does not offer any specific details about where he'd like to take the Portal storyline for a new game, but it's probably better that he keeps those ideas to himself in case the series does get another chance at life!

Yeah, it's well overdue, hope it gets released in the next few years