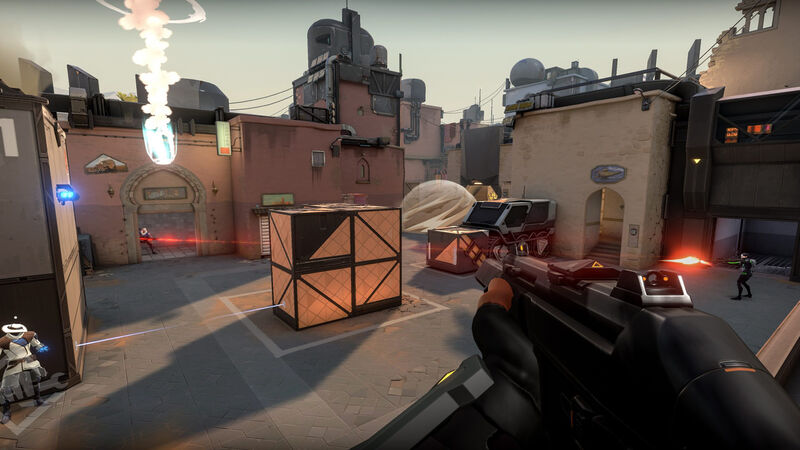 4.7
Since its launch, Valorant has only been receiving weapon skins from Riot Games, but it seems like the players want some more variety in customization as they are asking for Spike Defuser skins!

When it comes to skins and character customization, Riot Games is well-known for its phenomenal skins in League of Legends. With hundreds of champions, League of Legends is probably a massive bank of skins and outfits that encourage players for more and more in-game purchases with every new update.

On the other hand, the next big hit from Riot Games, Valorant, is only getting weapon skins for more than a year now. It’s yet to be seen whether the game will ever receive character skins in the future, but fans definitely want more customization options.

In a recent Reddit post, a Valorant fan discussed how cool it could be if Riot begins to add character-specific skins for Spike Defusers. In case you don’t know, Spike Defuser is that barcode-reader-like device that your character uses to deactivate the Attacker’s Spike.

The Reddit post now has over 3K upvotes and most of the comments are positive towards this concept. One of the users mentioned that it could be a great idea for adding up to Agent contracts as veteran players of the game have already finished all contracts.

The players should get extra stuff for the game

I would get burned at the stake if i asked for something like skins for grenades in apex. But i guess in a game like Valorant things like that can work since they don't have RNGboxes (from what i know) people were already mad at apex because it was leaked that they're getting 'stickers' which just means more filler for loot boxes.

Who knows, It could be cool to plant C4's/Ice spears and whatever that can think of