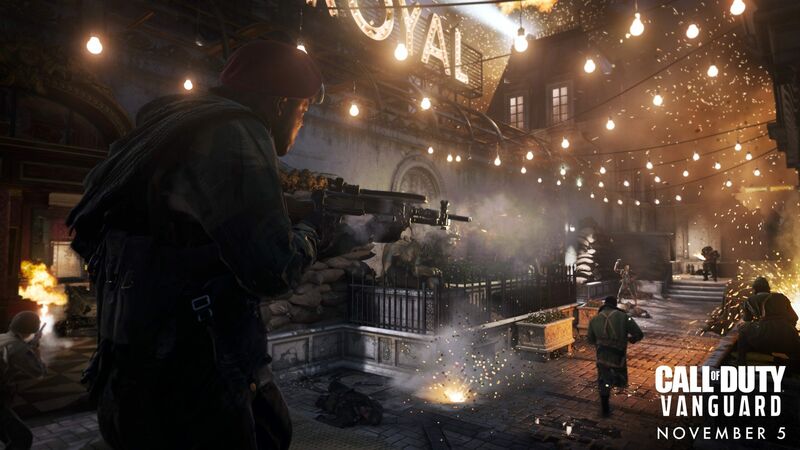 3.5
Surprise, another cheater has been exposed in Call of Duty. Vanguard's second-highest ranked competitor in Ranked Play mode has accidentally exposed themselves cheating on stream.

Ranked Play is Call of Duty: Vanguard's competitive mode that follows the Call of Duty Pro League's ruleset to let players see how they would stack up against the pros. Unfortunately, Vanguard still has a cheating problem, and some players are outshining the pros with hacks.

Vanguard's second-highest Ranked Play leaderboard spot is currently held by a player known as "Pplehx," who has been exposed for cheating their way to the top of the pack. A clip of the player's recent stream has surfaced online, which shows Pplehx's stream bug out and appears to reveal wallhacks.


The video shows Pplehx in a match of Hardpoint on Tuscan. After dying in the church, Pplehx is spectating his teammate when the stream reveals wallhacks, which is a commonly-used cheat that allows the user to see enemy player locations through walls. The clip from their stream clearly shows members of the enemy team are highlighted in red with wallhacks to provide their exact location.

At the time of writing this, Pplehx is still listed as the second-highest position on Vanguard's Ranked Play leaderboard, so it is uncertain what the cheater's fate will be.

This isn't the first time a Vanguard player has accidentally revealed their cheats. A competitor in the College CoD League recently tried to prove their innocence, but ended up revealing their cheats on stream instead.

Activision's Ricochet anti-cheat has done a fairly good job of helping crack down on the hordes of cheaters in Warzone, but the PC kernel-level driver is still not currently available on Vanguard, where players are obviously still cheating in online tournaments and for a coveted Ranked Play leaderboard position. No specific date has been given for when the advanced security measures will come to Vanguard, as Activision previously announced Ricochet would be coming to Vanguard at a later date.

Should be banned from the leaderboards, he doesn't deserve the #2 spot

Get the heck out of competition