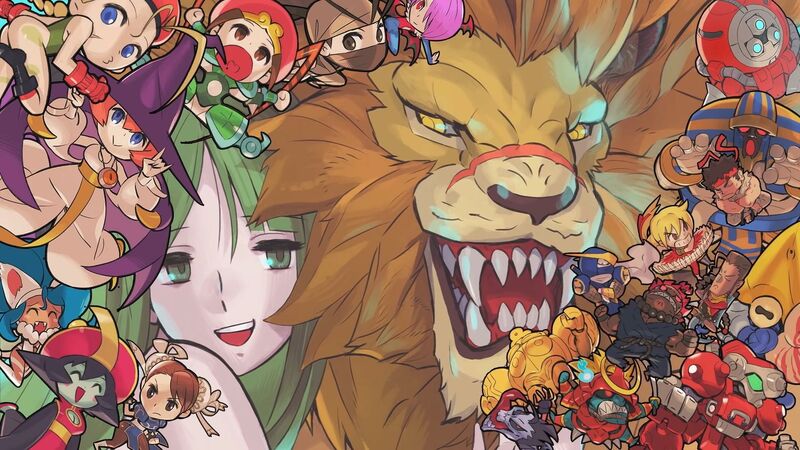 3.8
Capcom Fighting Collection has a new trailer showing some more gameplay, and focusing on some of additions that this release will have. The new trailer shows the mid game saves, the display filters showing updated graphics though players will also be able to choose the original graphics. There are 18 additional music tracks and artworks by the likes of Knxledge, Mndsgn, and Olive Oil. That’s on the top the already 400 tracks in the collection.

The ten games that will be in Capcom Fighting Collection are Darkstalkers, Night Warriors – Darkstalkers Revenge, Vampire Savior – The Lord of Vampire, Vampire Hunter 2 – Darkstalkers Revenge, Vampire Savior 2 – The Lord of Vampire, Red Earth, Cyberbots Fullmetal Madness, Super Puzzle Fighter II Turbo, Hyper Street Fighter II, and Super Gem Fighter Minimix. That is a lot of content and the collection is not just the games packaged together and left at that. All titles will have online mulitplayer with casual and ranked modes. There will also be training modes, display filters, and fighter awards too. In addition there will be buttom customisation options, and difficulty settings. A museum feature will group together original artwork for the games.

Capcom Fighting Collection was announced on the same day as Street Fighter 6. There is very little detail on Street Fighter 6 outside of the announcement teaser with those characters, and Capcom has confirmed there will not be any news until Summer 2022 which will likely confirm platforms, more characters, and whether the rumour of Street Fighter 6 being a series reboot are true. Capcom Fighting Collection does have more details including a release date of June 24th 2022, and it will be released on PC via Steam, Nintendo Switch, PS4, and Xbox One.

Hope they do well in sales