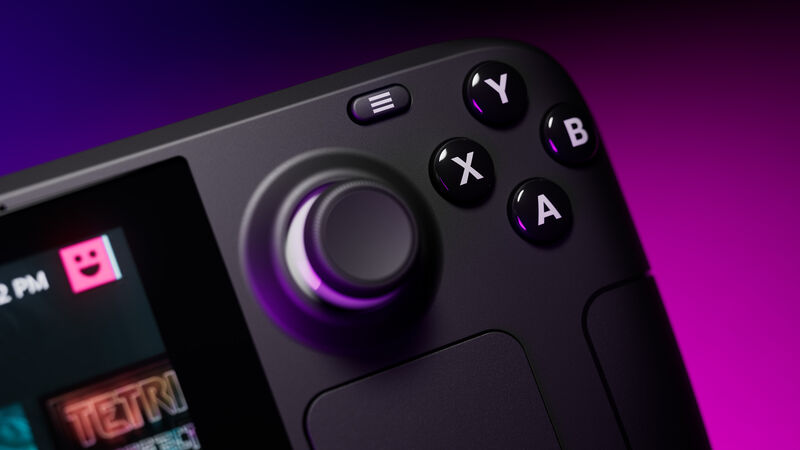 4.3
It’s been about a month since the Steam Deck first started arriving, and while there are still plenty of people still waiting for their handheld gaming PC, Valve has been hard at work improving its new hardware so it’ll be even better when everyone finally gets their Deck.

To celebrate the Deck’s one-month anniversary, Valve released a short video showcasing all the many ways the Deck has improved over the last 30 days. Starting with the keyboard, Valve added dual trackpad typing to make it faster to type than a typical touchscreen, and added new keyboard themes with fun colors and designs. There’s also faster scrolling in your game library, and you can filter your games using dynamic collections based on game attributes and tags.

Battery life is always a big deal with a handheld gaming device, and the Deck lets you optimize for extended play or maximum performance, depending on the game. You can manually reduce all power consumption settings and even cap your frames at 15 fps for playing simple games like visual novels, or you can crank everything up to 11 to get as many frames as your little Deck can produce (although that might best be done while plugged in).

The download screen has been updated to be easier to read with the same info you’ll find on the Steam desktop screen, while a progress bar and timer tell users how long it’ll take to format a microSD card. There’s a quick access button for reporting bugs, and updates to the Deck’s firmware will now come with easy-to-access update notes.

There are now over 2,000 verified or playable games on the Deck, which is more than double what the Deck could play reliably at the beginning of the month. Valve released Windows drivers to make it easy to install Windows 10, and partnering with anti-cheat providers means you can play Elden Ring or Apex Legends, although you still can’t play Destiny.

And then there’s Game Pass, which you can play on Steam Deck provided you download the Microsoft Edge browser. It’s a bit of a kludge, but Valve has collaborated with Google and Microsoft to make the Steam Deck’s controls recognizable through the website to make Game Pass Cloud Gaming as simple as possible. Valve said it plans to employ a more native solution to get Game Pass on Deck in the future.

Happy days, all these improvments are great :P