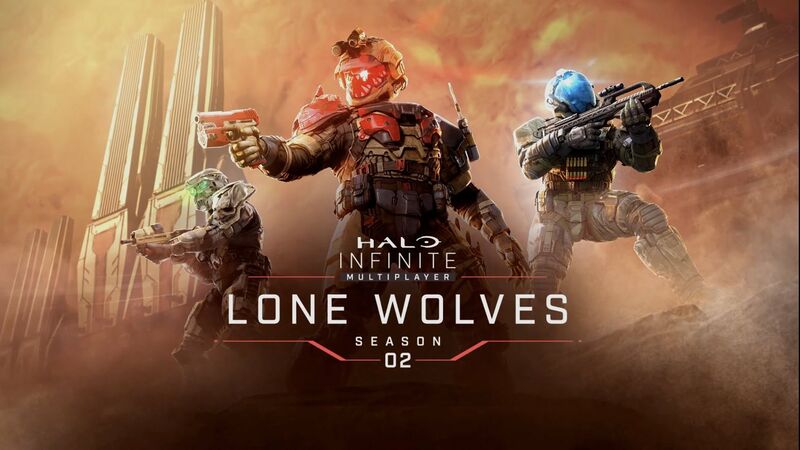 4.1
Halo Infinite‘s new maps are finally set to arrive with the launch of Season 2 in May, offering a bit of hope for fans who’ve felt that the game has been suffering a content drought. The devs at 343 Industries haven’t broken down everything coming in the new season, but the rollout will include “new maps, modes, themed limited-time events, and an all-new battle pass.”

Halo Infinite Season 2 is officially titled ‘Lone Wolves’, and will launch on May 3. The trailer appears to show off two new maps – a smaller, underground map and a larger above-ground map under reddish skies. According to leaks, the smaller map will be called Catalyst, and the larger map will be a Big Team Battle arena called Breaker.

We also see players in an apparent free-for-all battle inside a walled circle. A mode called Last Spartan Standing was leaked a few days ago, and this seems to be it. It’s said to be a Big Team Battle variation that sounds a lot like a battle royale game – you’ll be improving your loadout by adding points to your personal score throughout the match.

You can check out the trailer for yourself below.

Most – but not all – of the cosmetic items featured in the trailer will be part of the battle pass or an event pass, rather than a part of the real-money store.

And I can confirm it is indeed *most* items but not all - as folks are going through this frame-by-frame, I've spotted a couple armor pieces in the teaser that are not Battle Pass or Event Pass items.


The devs have already noted some major changes to Season 2 in response to feedback, but the FPS game will have a tough road to win back players. The PC version quickly rocket into Steam’s top ten at launch, but has steadily lost players until reaching its current position outside of the top 100. (Those numbers don’t account for players on Xbox or the Microsoft Store.)

No one cares about the new maps and anything else