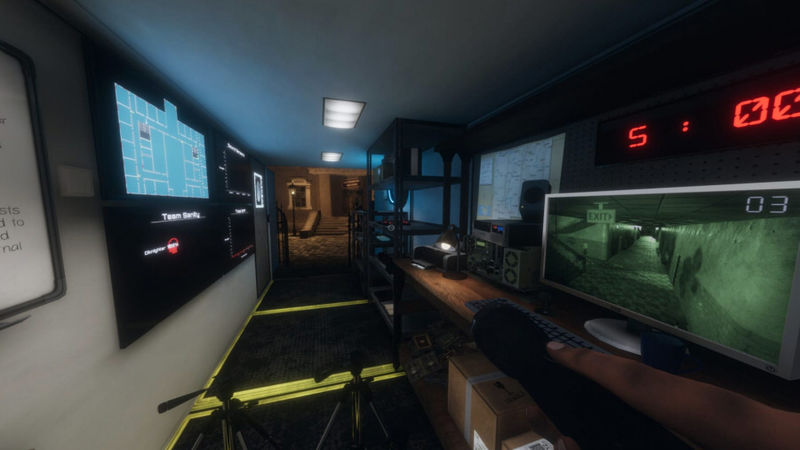 4.3
Phasmophobia developer Kinetic Games has revealed that the title's big VR overhaul is set to release on April 7th at 7 a.m. ET. Thus far, the developer has not offered too many details about the overhaul, but a short video teaser for the update was released last month. The video did not reveal much, but it did give fans an idea of what to expect. Of course, it's much easier for players to judge for themselves, especially when it comes to VR; thankfully, they won't have much longer to wait to see how things have changed!

The announcement from Kinetic Games can be found in the Tweet embedded below.

VR enthusiasts we have some news! #Phasmophobia pic.twitter.com/NQOhgoFLW4


VR has been offered for Phasmophobia since the game first launched in Steam early access back in 2020. However, unlike so many other VR games on the market, the feature is not a requirement. The game originally only offered multiplayer support, but a single-player option was added last year. Unfortunately, it does not seem that tomorrow's update will offer much for players that don't use the game's VR features, but Kinetic Games is constantly working on more content and improvements for all players.

Today's announcement has prompted a number of fans to ask whether Phasmophobia will be announced for PlayStation VR 2. The VR set for PS5 does not currently have a release date, but many fans are hoping to see the game brought to that platform in the future. Since Sony is the only console manufacturer that has been focused on VR, it certainly seems possible, but PlayStation fans will just have to keep waiting patiently for some kind of official word. Kinetic Games is a very small developer, and any console versions of the game won't be coming until the team is ready. For now, console users will just have to keep waiting patiently!

Loving the looks of the trailer