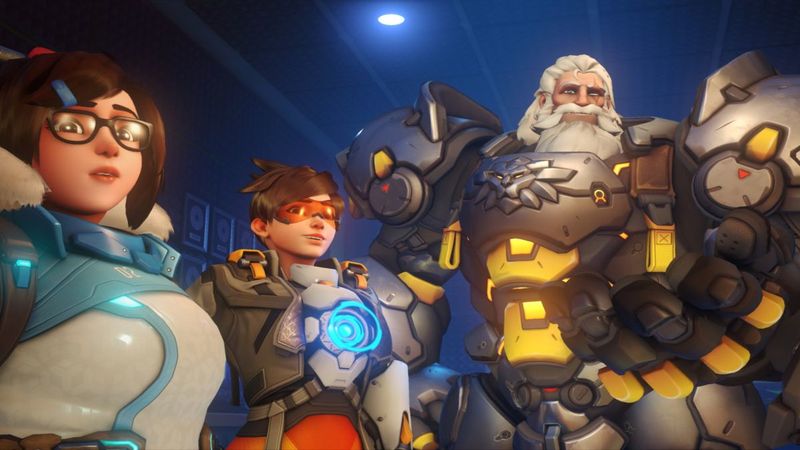 4.1
It looks like Overwatch 2 may be getting a battle pass when it releases if some leaked concept art is to be believed. This artwork which showed up online recently showed a "Battle Pass" menu option plainly amid all of the other selections Overwatch players will already be familiar with. Blizzard Entertainment has not yet confirmed any intentions to put a battle pass in Overwatch 2, however, so the feature being in the new game isn't a certainty right now.

That said, it sure looks like there's a good chance of it happening, or at least it was thought about enough before to have the option listed within the concept art in question. That artwork was shared on ArtStation by Jason Kirby who worked on Overwatch from 2017 to 2020 and is currently working on an unannounced project according to his ArtStation profile.

One of the images titled "UI Screen Design (Concept)" showed what was supposed to be a simplified and refined menu for Overwatch 2 according to the description of the menu. Much of the core features within it look similar to what players already see in Overwatch, but nestled between the "Shop" and "Challenges" options is the battle pass selection. You can see that menu below in one of many instances where the battle pass feature caught the attention of people and was shared online outside of ArtStation.

Overwatch 2 may introduce Battle Pass as a new system.

Do you think the introduction of the Battle Pass is good? Or do you think it's bad?


Given that this is just a concept and not a finalized look at the main menu for Overwatch 2, this doesn't confirm plans for a battle pass on its own. However, looking at other games that have released between the time Overwatch did and the eventual release date of Overwatch 2, it seems hard to imagine the game not having a battle pass of some sort when everything from battle royales to annual Call of Duty games to Halo Infinite have opted to incorporate free and premium battle pass variants. Overwatch already has loot boxes packed with all manners of cosmetics for players to acquire, cosmetics that could just as easily be placed within battle pass tiers.

Though the battle pass isn't confirmed, players do at least have a beta to look forward to now that a date has been set for that. It'll take place on April 26th, and it'll incorporate new features, hero reworks, and more for players to test out.

Overwatch 2 does not currently have a release date.

Battle pass can kiss my ass