Your Epic Store achievements can now be seen by other people 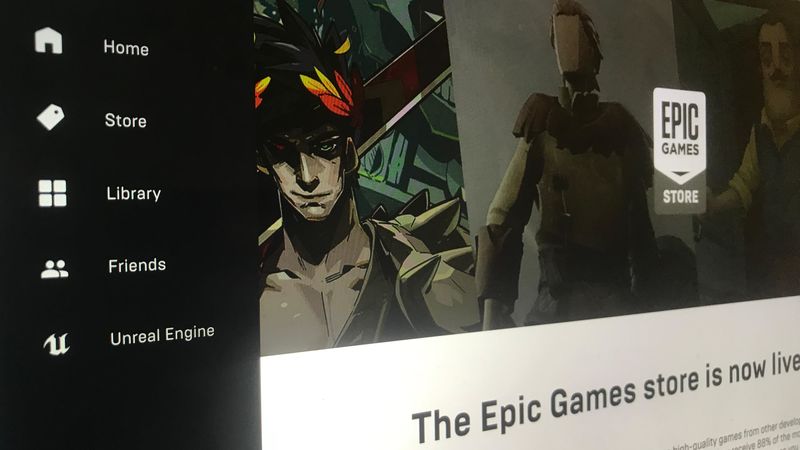 3.7
In 2020, achievements began to appear in a small, select number of games on the Epic Games Store. In 2021, the Epic Store's achievement system went into full launch. And now, in 2022, you can finally share and compare your cheevo progress with your friends through the My Achievements page.

The My Achievements page on the Epic store went live in November 2021, but with this update the achievements are now publicly viewable. It's a pretty significant change—showing off your mad gamer skills to the world is one of the main reasons to have achievements, after all. Those who prefer to treat achievements as a personal litany of accomplishment will be able to switch off public accessibility via the Epic Store's privacy controls.

"Public pages will show every element of your page. They’ll see your Achievements, progress, and friends list. If you’ve set your account to limit access to those specified sections above, anyone outside those groups will only be able to see your Display Name and avatar."

The update also reveals Epic's plans to incorporate ratings and polls into its launcher, which will occasionally pop up after a game is closed. Players will be presented with either a multiple choice or yes-no question about the game they've just played.

"Answering those questions will provide other players with information about the game on its store page," Epic said. "As more people answer the polls, an overall community rating and suggestions will accumulate to help inform players of the game’s content."

New features have been added to the Epic Games Store launcher, and there are even more on the way!


Changes are also coming to EGS notifications: Instead of different notifications popping up in different locations in the launcher, everything will be contained with a "Notification Center" in the upper right corner of the store page.

I like to have a little fun with the relatively glacial rollout of new features on the Epic Games Store—I really appreciated the addition of the "innovative new 'add to cart' feature" in December 2021—but, all kidding aside, the store is still clearly lacking in some fairly basic functionality. Omitting forums and user reviews is a defensible choice (and, frankly, one I support) but things like user profiles, avatars, following, and gifting are much more basic and fundamentally useful features that Steam has had for over a decade. It's good to see progress being made, but the Epic Games Store has been around for well over three years now and at some point I think it's fair to wonder why some of this stuff is taking so long.

On the other hand, Epic has sunk literally a half-billion dollars into this thing so far, and plans to keep bleeding money out of it for five more years. Speed is apparently not of the essence in this particular case—although with another year of free games for everyone underway, I suppose it doesn't have to be.

"Your Epic Store achievements can now be seen by other people" :: Login/Create an Account :: 2 comments

Great to have your Achievements viewed by other players etc

Well I guess that's not bad.