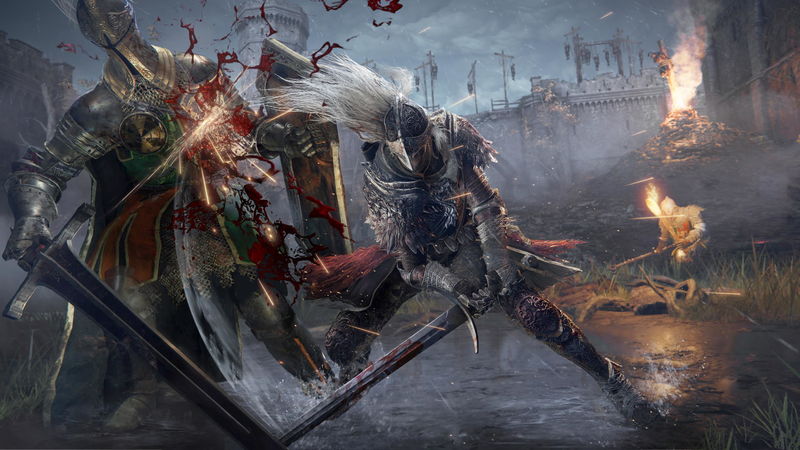 4.5
An Elden Ring player has set a new world record for beating the game in under 25 minutes, utilizing a bizarre glitch referred to as "the Zip."

This is significant as last week, FromSoftware released a patch that nerfed a number of moves that were key to top-performing speedrunners, including the Spirit Ash summons, Mimic Tear, and the Hoarfrost Stomp Ash of War, a favorite of the previous Elden Ring speedrunning record holder, Distortion2. The update was largely seen as devastating to the speedrunning community, but despite all odds, there's a new world record.

As spotted by DualShocker, speedrunner Hazeblade recently shared a video of an Elden Ring run that only took 24 minutes and 37 seconds. According to Hazeblade, that's the first time on record that anyone has completed the game in under 25 minutes. Apparently, the key to their success is this new zipping glitch which essentially lets you teleport around certain points on the map. The glitch was discovered and shared almost two weeks ago on Reddit, with users accurately predicting it could upend the speedrunning scene.

Speaking of glitches, there's a much sillier - and probably less helpful in speedruns - Elden Ring bug that lets you fly around on your horse. Do check it out if only for the spectacle.

They most spend hours coming across these glitches