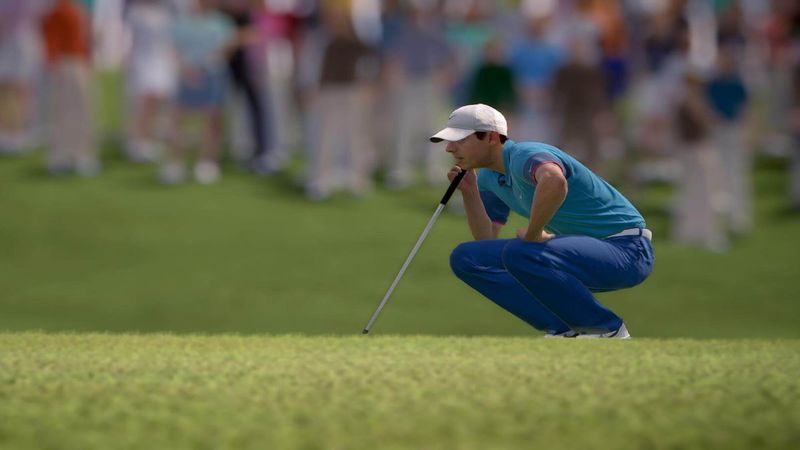 4
Since EA first announced the long-awaited return of its annual golf franchise with EA Sports PGA Tour in March 2021, the return of golf to EA Sports' lineup has seen its fair share of highs and lows following the initial reveal. While EA Sports revealed that the upcoming golf title would be the first of its sport to prominently feature women's golf and the LPGA as well as have exclusivity with the iconic Masters tournament, development has hit several snags with the game now seeing multiple delays.

When EA revealed the revival of the PGA franchise previously headlined by legendary golfer Tiger Woods and later Rory McIlroy, the developer had not settled on a date for its return, later announcing a release window set for Spring 2022. However, EA would later once again shift that release date backwards in November, leaving the time of arrival for the golf game up in the air. Now, a recent reveal from EA Sports has confirmed that EA Sports PGA Tour is once again getting delayed with the newest date pushing it out of 2022.

The newest delay was revealed through a new post to the official Twitter for EA Sports PGA Tour, the first Tweet made by the account since the previous delay of EA Sports PGA Tour in November. With the original Spring 2022 release window now quickly arriving, EA Sports officially confirmed that the upcoming golf game would be missing out on the 2022 season, with EA Sports PGA Tour now set to arrive in a similar Spring window in 2023. Similar to the last delay, no official reason was given behind the delay into next year.

Experience the next generation of championship golf 🏌️🎮


A delay into 2023 will deal a heavy blow to fans of the sport as 2022 is, so far, looking to be a dry year for fans of golf simulation games like EA's PGA Tour and 2K's PGA Tour 2K franchises. Following 2K's signing of former EA cover athlete Tiger Woods last year, 2K has yet to confirm an upcoming entry for its own golf series with the golf franchise skipping 2021. However, other options like Mario Golf and the upcoming Nintendo Switch Sports have looked to fill the void for golf fans, albeit in a more arcade, less realistic style.

EA's return to golf has been a long time coming for the sports games juggernaut as the developer's golf franchise hasn't seen a new game since 2015's Rory McIlroy PGA Tour. Options for simulation-styled golf games like PGA 2K21 have dwindled in recent years as 2K has yet to announce a follow-up, with EA Sports PGA Tour looking to recapture a sport that the developer had been out of for several years. Now, with EA Sports PGA Tour's release pushed back again, fans will have to wait even longer for EA's return to the putting green.

Who actuallys plays golf on a console or PC at home?