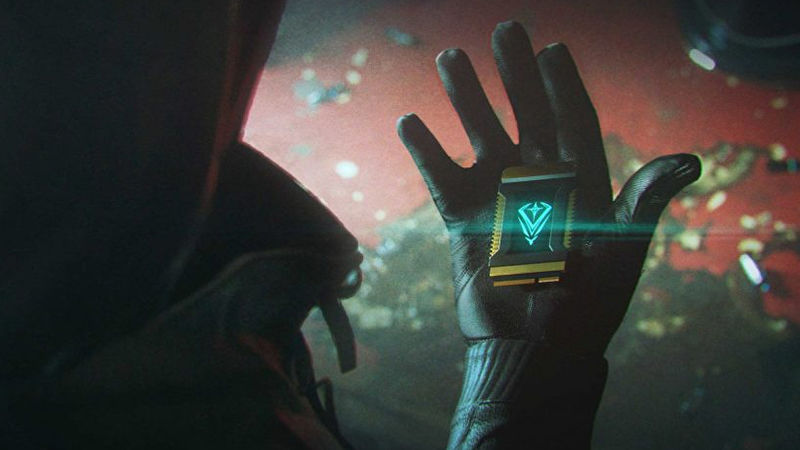 4
Dr Disrespect has been involved with two pretty wild stories this month. Firstly, he buried the hatchet with Twitch - legally, anyway. And then to make matters weirder, he jumped on the NFT bandwagon, with a new triple-A game that is already promoting digital tokens.

That in itself was enough to attract criticism from some crowds, but it's now found itself accused of another staple of the NFT scene - art theft. It was quickly spotted that the trailer on the company website contains a frame from Cyberpunk 2077's iconic reveal teaser. It has since been removed, and a developer from the studio, Midnight Society, claims it was "accidentally" included.

The discovery of the Cyberpunk image resulted in two very different responses. NFT enthusiasts were hyped that CD Projekt Red might have something to do with Midnight Society's mystery game. So little is known about the game, codenamed Project Moon, that backers were ready to grasp at straws.

The second response was from the game's detractors, who accused tor studio of art theft. Of course, this is already pretty prevalent in the NFT scene. Midnight Society's Robert Bowling has now responded to both of these claims, stating that a web engineer "accidentally uploaded the incorrect image" during site optimization. He further added that there is no crossover with Cyberpunk.

This has nothing to do with Cyberpunk. One of our web engineers pushed an optimization that was meant to change to fallback image for the video on the website and accidentally uploaded the incorrect image (this frame from the Cyberpunk trailer).


Sadly for Bowling, he's been ratio'd pretty hard. The top reply - which has almost ten times the amount of likes as Bowling's tweet, hits back: "hate when i accidentally upload a frame from the cyberpunk trailer which i for some reason have downloaded and in the same folder as another image I was supposed to upload without checking".

Another in the replies calls Bowling out for throwing an engineer under the bus, saying that the studio should "improve [its] leadership".

Despite this hiccup, the game we know nothing about is already finding an audience. Dr Disrespect claims that more than 250,000 people have applies for the $50 Founders Pass - an NFT that comes with in-game benefits, whatever the game may be.

I like the way the reports states "Accidentally" LMAO