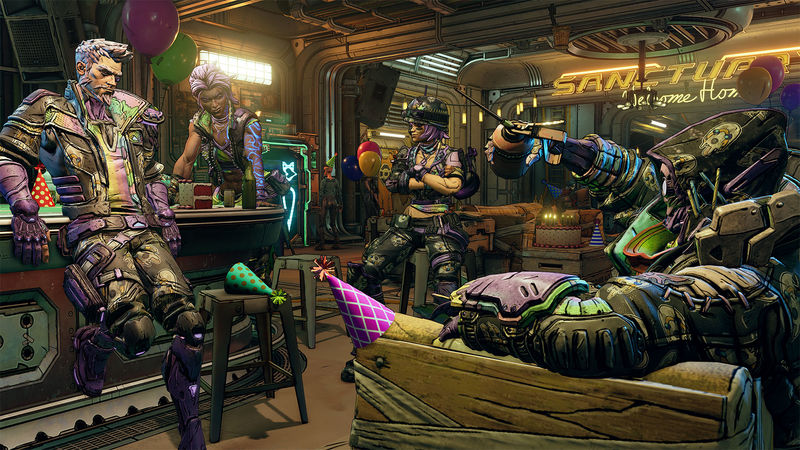 4.8
Last year, Gearbox Software released an update for Borderlands 3, enabling crossplay between the PC, Stadia, and Xbox versions of the game. However, the feature was not included in the Sony versions, and fans of the game on PlayStation 4 and PlayStation 5 have only been able to play Borderlands 3 with one another. It seems, however, that will be changing sometime soon! In a press release, Gearbox revealed that that crossplay will be enabled on PS4 and PS5, though no specific timeframe has been given. Regardless, this should come as very welcome news, allowing players an easier time to find others to play with.

"Additionally, crossplay for Borderlands 3 will be coming to PlayStation 5 and PlayStation 4 in the future, enabling you to play with your friends on Xbox One, Xbox Series X|S, Mac, Stadia, and PC via Steam and the Epic Games Store," the press release reads.

In May 2021, Gearbox CEO Randy Pitchford revealed that the Borderlands 3 team was "required by the publisher to remove crossplay support for PlayStation consoles." Pitchford did not go into detail about why 2K Games required the removal, but there was much speculation at the time that it could be related to royalty payments for Sony. In the past, PlayStation has been hesitant to embrace crossplay and cross-saves in its games, most notably in titles like Fortnite and Minecraft. Those issues with Epic Games and Microsoft were eventually resolved, and it seems 2K Games and Sony have similarly found some kind of resolution!

Borderlands 3 players should be quite happy about this news. Crossplay has been a great way for players to enjoy the same games together regardless of platform, while potentially extending the lifespan of games; if more gamers can find others to play with, there's greater incentive to keep coming back. Hopefully, more details will be revealed in the near future!

Borderlands 3 is currently available on PlayStation 4, Xbox One, Google Stadia, and PC.

Was waiting for this to happen. Thanks