Elden Ring player tricks invader by pretending to be an NPC 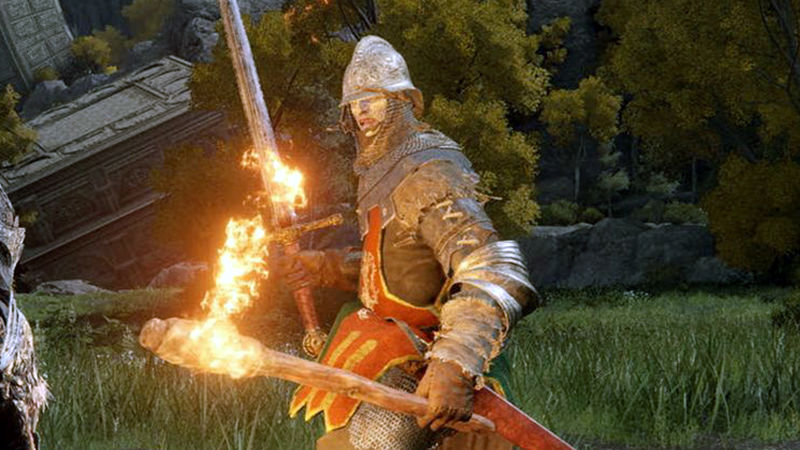 3.8
As one of the best Dark Souls-like games on PC, some of the most terrifying moments in Elden Ring – far more so than any of the game’s bosses – are when the player’s world gets invaded by another player. However, a Reddit user has found a novel way to get rid of invaders – tricking them by pretending to be an NPC.

Elden Ring is one of the greatest RPGs on PC and a perfect successor to Dark Souls – and, just like in FromSoftware’s most famous series, players can choose to invade other worlds and challenge other players on their home turf. PvP multiplayer is a bit more optional in Elden Ring than in Dark Souls, but it’s still just as nerve-wracking.

However, Reddit user xdc_lis came up with a novel way to deal with invaders in their world – by tricking the opposing player by dressing up as a regular enemy NPC soldier and then pretending to be them on their regular route.

You can see this in action in the video below. Just by the Church of Elleh near the start of Elden Ring, xdc_lis – in full costume – carefully kills the enemy soldier patrolling the path by hiding their body in a bush. They then give permission for someone to invade his game, and then starts walking the NPC’s patrol route as if they were that soldier.

They don’t break character even when the invader gets close. Eventually, the other player gets bored and leaves, which nabs xdc_lis around 4,000 runes as if they’d defeated the enemy. Which they had, basically.

"Elden Ring player tricks invader by pretending to be an NPC" :: Login/Create an Account :: 2 comments

I saw this earlier very funny and awesome.