Steam Deck 2 Is Already Being Developed by Valve 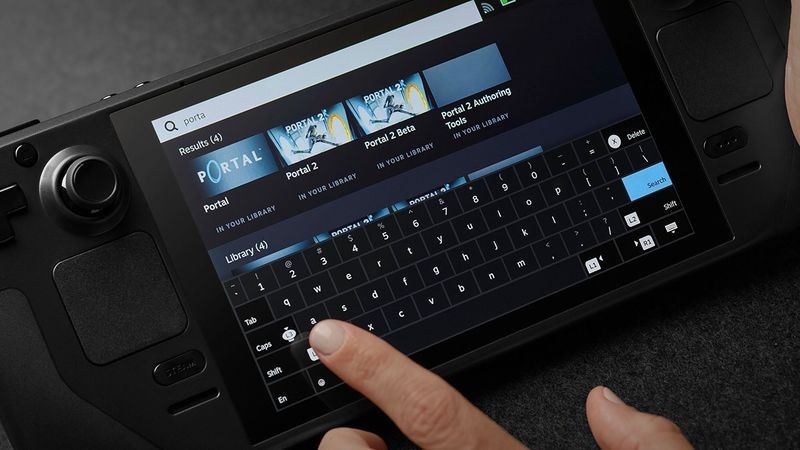 4.7
Valve may have only just released its new Steam Deck hardware a little over a week ago, but it sounds like the gaming company is already in the process of working on the platform's second revision. Yes, the Steam Deck 2, for lack of a better name at the moment, is something that the head honcho at Valve has confirmed that the corporation is looking into. And while it remains to be seen how far in the future it will take for a Steam Deck successor to arrive, this idea in a general sense is something that Valve has seemingly always considered.

In a new conversation with Edge magazine, Valve boss Gabe Newell confirmed outright that it's looking into developing Steam Deck 2. Oh, yeah. Very much so," Newell said of the idea. He went on to explain that the main concern Valve had with the Steam Deck initially is that it would be too expensive. However, the platform's price point hasn't been an issue with consumers whatsoever thus far.

"We thought the entry price was going to be the critical factor [for Deck's success] but it turns out that far and away the most popular SKU is the most expensive one," Newell said. "That's an example of us being a little surprised by what our customers are telling us. They're basically saying, 'We would like an even more expensive version of this', in terms of horsepower capabilities or whatever. You know, that's why we always love to get something out there and ship it. Because we learn a lot from that, and it helps frame our thinking for Steam Deck 2."

So what could the Steam Deck 2 feature that the current model doesn't? Well, according to Newell, one thing that Valve is looking into is adding VR support to the platform. While this feature is something that the existing Steam Deck cannot carry out, Newell believes that a successor could allow users to tether their VR headsets to the device to play virtual reality games.

And when they have ompleted SD2, ST3 will already be in development