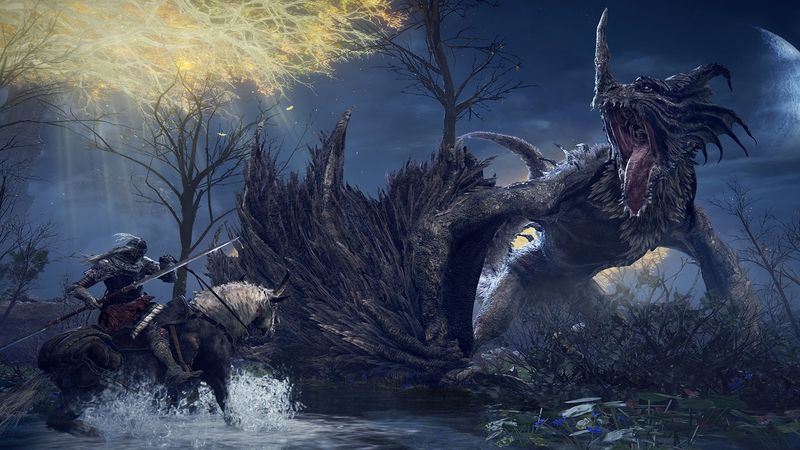 3.8
It looks like DLC for Elden Ring could be on the way if a newly discovered area in the game is anything to go off of. At this point in time, many Elden Ring players are surely continuing to work through the massive open-world that FromSoftware has crafted this time around. And even though a number of players likely won't be hungry for new content any time soon, that doesn't mean that FromSoftware doesn't already have DLC in the pipeline.

Discovered by Lance McDonald, a hidden arena within the world of Elden Ring was recently found outside the confines of the game's main map. This arena specifically seems to be constructed for the purpose of PVP multiplayer, which has led to many fans (and also McDonald) assuming that this locale will be unlocked in DLC or a new update in the future for Elden Ring. At this point in time, FromSoftware and Bandai Namco haven't announced that DLC will be coming to the new action title, but this hidden arena could tease something big for the future.

Elden Ring will probably get a multiplayer arena DLC some time in the future based on this out-of-bounds video I recorded of a currently inaccessible area in the game. https://t.co/rMx1JvhIGj


In a general sense, the idea that Elden Ring would get new DLC at some point in the future isn't shocking whatsoever. FromSoftware has previously released new expansions and updates for virtually every game that it has launched in the past. Although Sekiro: Shadows Die Twice never received any notable new story content, titles like Bloodborne, Dark Souls, and Dark Souls III all got sizable expansions after launch. As such, it seems like there's a very good chance that Elden Ring will get DLC in the future as well.

For now, Elden Ring on its own remains playable on PlayStation, Xbox, and PC platforms.

I am sure eventually there will be DLC since it's super popular.