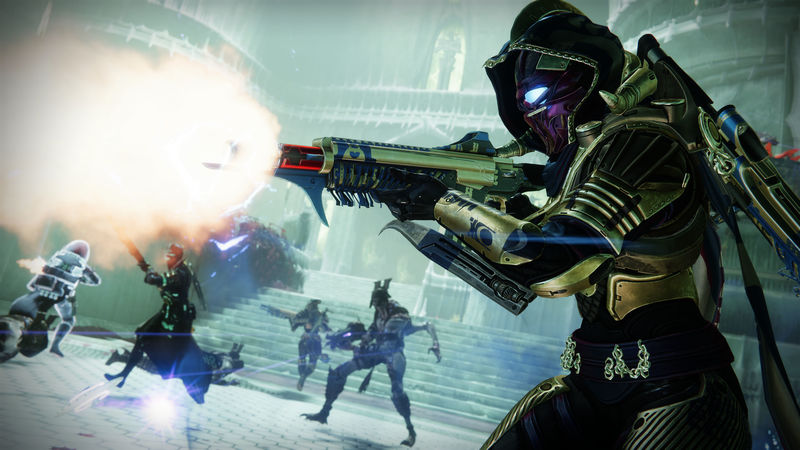 4.5
The highly anticipated release of the Witch Queen raid for Destiny 2's newest expansion has arrived, kicking off Saturday morning. The worldwide launch ensured that Fireteams from every region would be able to join in on the race to complete the Witch Queen's Vow of the Disciple raid. Those not participating would be able to watch the Destiny 2 raid race on Twitch, and they certainly are. Early metrics show that over 350,000 Destiny 2 fans have been watching streamers take on the Witch Queen's forces.

According to Twitch's own publicly-shared viewer totals, Destiny 2 peaked at over 360,000 viewers. It's an incredible peak in viewership that the MMO shooter hasn't seen in two years. The top Destiny 2 streamer for the race is the always popular Datto, who has over 100,000 viewers on Twitch just by himself. Gladd is the next most popular Twitch streamer with over 45,000. Then Sweatcicle, ProfessorBroman's Tailgate stream, and Aztecross all have well over 10,000 each. Around 20 channels in total have over 1,000 viewers.

The race itself is certainly intense, but has also struggled out of the gate. Destiny 2 raiders have been met with lag, performance issues, and in some cases game-closing error codes. Bungie's investigating the errors, but in the meantime it is deprioritizing Destiny 2 traffic unrelated to the new expansion and season. Regardless, many of the world's top raiding teams are seeing players drop randomly, which makes tracking progress difficult.

What's known is that teams led by Datto, Slayerage, Epicdan22, and Ninjy are all making progress. ExBlack, however, may be in the lead, having defeated the Caretaker encounter. Three hours in and there is still no winner, though. Some are already starting to compare the Vow of the Disciple raid to the difficulty of The Last Wish, but it's likely too early to make any clear statements to that effect.

As for Twitch viewership, the Vow of the Disciple raid race is the most popular even for Destiny 2 since November 22, 2020. That was when Bungie launched the raid Deep Stone Crypt, that first raid for its Beyond Light expansion. That raid peaked at around 400,000 viewers on Twitch. Destiny 2's most popular moment was, funnily enough, prior to its launch. The Destiny 2 Gameplay Premiere in May 2017 managed around 465,000 viewers.

Twitch viewers aren't necessarily a great metric by which to measure success, of course. For a four and a half-year-old game to manage such a large audience for its new expansion's raid launch is certainly something Bungie will celebrate, though. This is the second-most popular raid launch for Destiny 2 overall, in terms of Twitch viewership. Destiny 2's still got it.