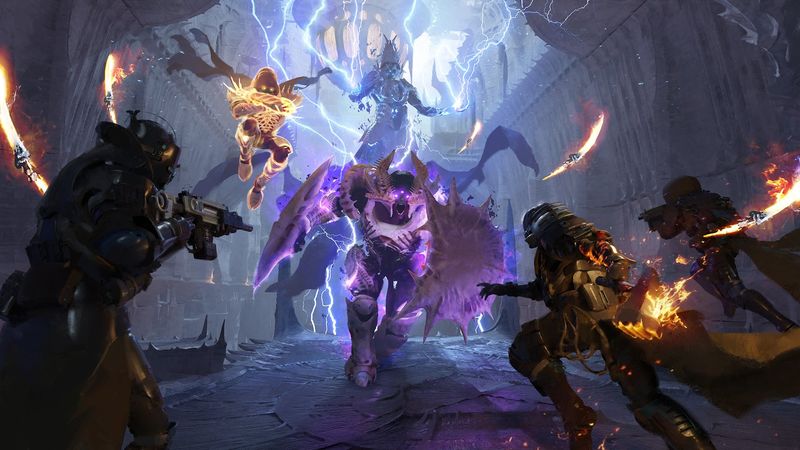 4.6
Destiny 2 remains, after over four and a half years and multiple major expansions, an incredibly popular game. Bungie has managed to maintain communities across multiple different ecosystems by evolving its product and employing technologies like cross-platform play and Stadia cloud streaming. But even Bungie appears to have its limits. Destiny 2 will not be supported on Valve's popular new handheld device, the Steam Deck. In the latest This Week at Bungie, Bungie explains why.

To start, Bungie describes one of its biggest priorities regarding the development of Destiny 2. Bungie says that its goal is to "maintain a secure environment for Destiny 2." By secure environment, Bungie's talking about preserving the integrity of the game. Hacking is obviously the biggest threat to Destiny 2's integrity, but it's also part of ensuring the game's stable and working as intended. Bungie mentions working with BattlEye to ensure this integrity is maintained, perhaps to show how important it is.

With that in mind, Bungie makes abundantly clear that it does not trust the Steam Deck platform to provide an environment secure from what it describes as "bad actors." Bungie does not provide any specific explanation for why the Steam Deck can't be secured at this time, but does specifically call attention to Steam OS and Linux as unsupported. Until Bungie officially decides Destiny 2, including its BattlEye anti-cheat, should run on the Steam Deck's Linux-based Proton compatibility layer, Destiny 2 won't run on Steam Deck.

What that means for Destiny 2 players doesn't end at just not being able to play on Steam Deck, however. Steam Deck is a very open platform, after all, and users will be trying to play Destiny 2 even if they're unsuccessful. No, Bungie is going a step further. It explains that using Steam Deck to play Destiny 2 will "trigger" the game's security measures and will treat the player as a potential threat. In other words, players could get banned.

As part of the Steam Deck launch, we've updated Steam with a "Great On Deck" page, added Steam Deck verification status on game store pages, and launched a site to check your own library for Deck compatibility: https://t.co/7img87j6Do pic.twitter.com/zvaJXDIYgg


The announcement from Bungie isn't entirely a surprise. Players demand that multiplayer games have airtight security. A reputation for hacking can be the downfall of a multiplayer game in today's oversaturated environment. Without certainty that Destiny 2 would be completely secure on Steam Deck, it has to treat it as a risk.

While the news is unfortunate for Destiny 2 players who have picked up a Steam Deck or will when they're more widely available, Bungie hasn't entirely closed the door on future support. It says that Bungie is actively investigating potential platforms, which is as good of news as Steam Deck users can hope for. Whether Bungie does support the Steam Deck in the future could depend on the platform's overall success and feedback from players, so players shouldn't give up hope yet.

Ths would've been a good game to have on Steam Deck, oh well