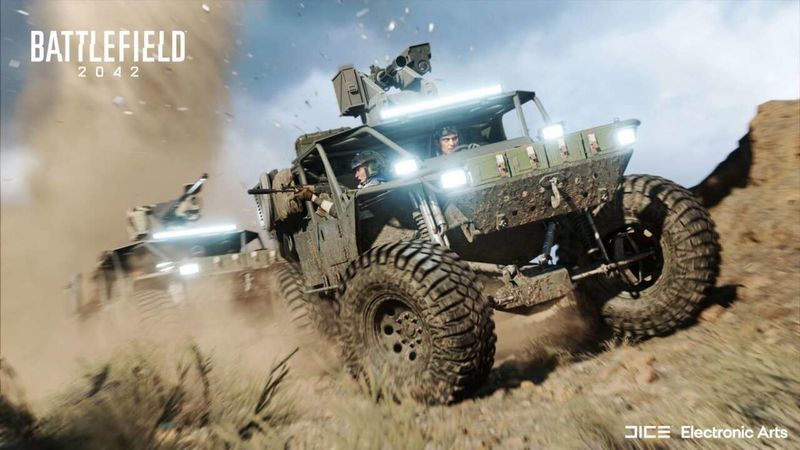 3.9
The Battlefield 2042 developers shared a lengthy post this week discussing and committing to a number of changes planned for the game's various maps. Everything from how long it takes to travel across any given map to the amount of cover players can hide behind in certain situations was discussed alongside some rough indications of what maps will look like once changed. These adjustments will take "substantial development time," however, so the changes planned won't be rolling out to every map at the exact same time and will rather be staggered between the maps.

Traversal was the first topic covered in the post which essentially translates here to how much time players spend moving from one point to another. Battlefield 2042's maps are certainly big, and it can take quite a while to get from Point A to Point B if you don't have a vehicle handy. EA Dice acknowledged some players' complaints about the game being a "walking simulator" and agreed that travel time was too long in some cases. Plans are in the works to "reduce the overall travel time between Flag and Base Spawn on some maps by moving both the Base Spawn, and closest Flags."


Match intensity, particularly in the 128-player modes, was also a topic of discussion with EA entertaining the idea of bumping Breakthrough matches down to 64 players instead. That's viewed as the best implementation of Breakthrough right now, but the developers are also considering reducing the number of vehicles that spawn in the mode.

Along with talks about the paths players take and their lines of sight, EA Dice also said it's reevaluating how much cover players have whenever they're moving from one objective to another.

"We are looking to address this by reviewing the need for additional cover in places where we feel that they're needed," the post said. "In line with what has been discussed in some of our other focus areas, our intent is to reduce the likelihood of being fired at from a 360 degree angle, and to take away that Hail Mary feeling of running onto no man's land between objectives.

While the developer said these changes will take a while to implement, work will start on one map in particular: Kaleidoscope.

"Our immediate priority areas of focus is to make improvements to Kaleidoscope on both Conquest, and Breakthrough," the devs said. "We know that we have the most opportunity to improve gameplay on this map, and this is where you can expect to see the first updates to land. We're currently planning to deliver updates specifically to Kaleidoscope during Season One, and your feedback will help us to not only optimize the changes that we're making to this map, but best inform us on where our focus on improving maps should move to next."

As long as it's something new, and not something from the older games

Game sucks feal with it dice