Roller Champions Has Been Rated by the ESRB 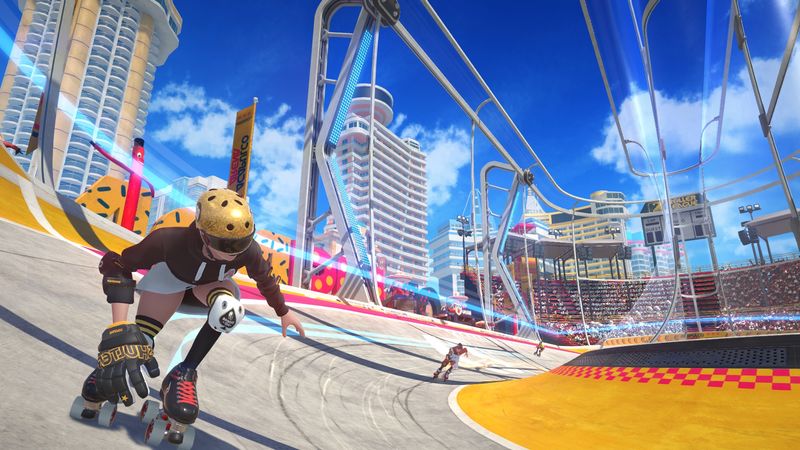 3.8
Ubisoft is a bit of a mess right now- for so many reasons. Even if we’re looking exclusively at games though, between the likes of Skull and Bones, Beyond Good and Evil 2, Prince of Persia: The Sands of Time Remake, and others, the company has a surprising number of games that are in development- and have been for quite some time, with little to no indication of when they might launch. The fact that these games have been delayed countless times hasn’t exactly inspired a lot of confidence either.

Another such game is Roller Champions– the multiplayer sports title was first announced nearly three years ago, and though the plan back then was for the game to release in 2020, it got delayed into the following year. Of course, that didn’t come to pass either, but less than a year ago, Ubisoft said that the game would release before April 2022– which, of course, is fast approaching.

Now, Roller Champions has been rated by the ESRB, with PS5, Xbox Series X/S, PS4, Xbox One, Nintendo Switch, and PC mentioned as the platforms the game is coming to (the game was previously announced to be coming to mobile devices as well). The classification rating is significant, of course, because games don’t usually get age ratings until they’re closer to launch- which would align with the release timeframe Ubisoft gave last year as well.

Interestingly, some other details on the game are mentioned in the ESRB rating as well, such as the including of in-game monetization and loot boxes, which shouldn’t come as a surprise, given the game’s free-to-play nature. There’s also mention of a Hot Potato mode, described as follow: “the ball is replaced with a bomb that the players must regularly pass; if players hold on to a ball for too long, it will explode in their hands.”

Official word from Ubisoft on Roller Champions hasn’t yet arrived, though if it is indeed launching soon, that could change in the coming days and weeks. We’ll keep an eye out for more details, so stay tuned.

"Roller Champions Has Been Rated by the ESRB" :: Login/Create an Account :: 2 comments

Boring game. Should not be released. Play Harry Potter or Pokimon ffs