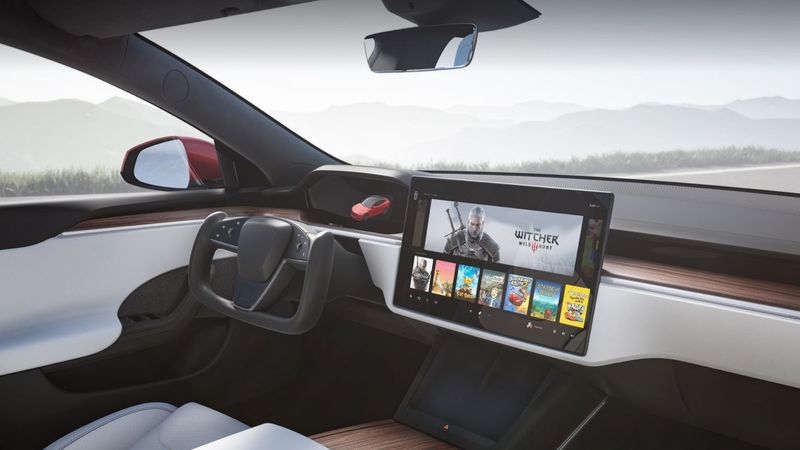 4.5
Elon Musk has revealed that testing is underway to potentially make Steam games playable on the screens of future Tesla cars.

Over on Twitter, Musk replied to a tweet from the official Cyberpunk 2077 Twitter account, writing simply, "Great game." Then, IGN's Ryan McCaffrey took Musk's praise of Cyberpunk 2077 and ran with it, asking when we might see the recently updated version of the game come to Tesla car screens. And that's when Musk revealed that very early plans are already underway to bring the whole Steam platform to Tesla cars.

"We're working through the general case of making Steam games work on a Tesla vs specific titles," Musk said. "Former is obviously where we should be long-term."

We’re working through the general case of making Steam games work on a Tesla vs specific titles. Former is obviously where we should be long-term.


It's not 100% clear from the tweet how far along Tesla is in its Steam initiative, but the fact that the head of the company is interested is noteworthy. Teslas can already play a few select games including The Witcher 3, Cyberpunk 2077, and Cuphead, but it sounds like Musk is interested in making a much bigger catalog available to owners of new Teslas. The on-board hardware is roughly on-par with PS5 and Xbox Series X in terms of processing power, so the technology's already there.

What a gimmck car thats just a waste of battery power