Cyberpunk 2077 Video Shows How Physics & AI Have Changed Since Launch 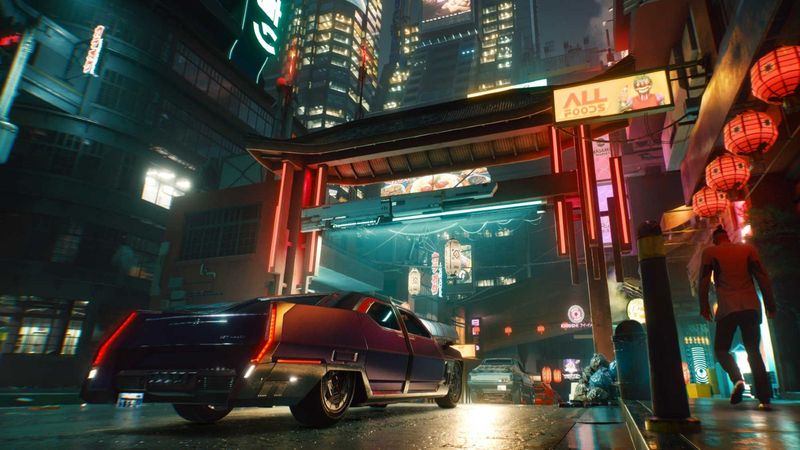 4
It's been more than a year since Cyberpunk 2077 dropped onto consoles and PCs, and while it's gradually on its way to becoming the game it should have been on launch day, the memory of the state it was in originally is still pretty fresh. While the recent 1.5 update for Cyberpunk 2077 changed and fixed plenty of things, it seems some issues are still prevalent, and the developer is having to work non-stop to get it all fixed. However, progress has definitely been made, as a recent video shows.

YouTube user Bear Gaming Asia uploaded a comparison video a few days ago which shows some differences between version 1.0 of Cyberpunk 2077 and the latest update. In particular, the ten-minute footage shows the improvements that have been made to AI as well as some of the physics, and while there is still some work that needs to be done, it's evident that a lot has indeed changed over the past year or so.

In the video, the player can be seen wandering around Cyberpunk's expansive Night City map, seemingly on a mission to put some things through their paces. One of the first things shown is the water physics in version 1.0 in which grenades are dropped into a lake before exploding. Comparing this to version 1.5, it's definitely seen some improvements. There are also instances in which the player approaches NPCs in the street and begins to attack. In the earlier builds, citizens don't react as realistically as they do in the newer build, in terms of reacting to having a gun pointed at them, being punched in the back of the head, being attacked while in their cars, or being used as a human shield. The come away from this is that patch 1.5 has advanced the AI and general physics.

The reality is that the game is definitely seeing significant improvements since it was released back in December 2020, but there are still some pretty serious issues. With recent news that the PS4 disc version of the game is basically broken, CD Projekt Red is on the case when it comes to making repairs, but it's certainly getting there.

At the time of being released, it was considered one of the worst game launches of 2020, pretty much outshining the likes of 2016's No Man's Sky in terms of utter let down. However, if Bear Gaming Asia's video proves anything, it's that the studio has been working diligently, and eventually it will be what fans have been hoping for. However long that takes remains to be seen.

Nothings really changed other than behavior