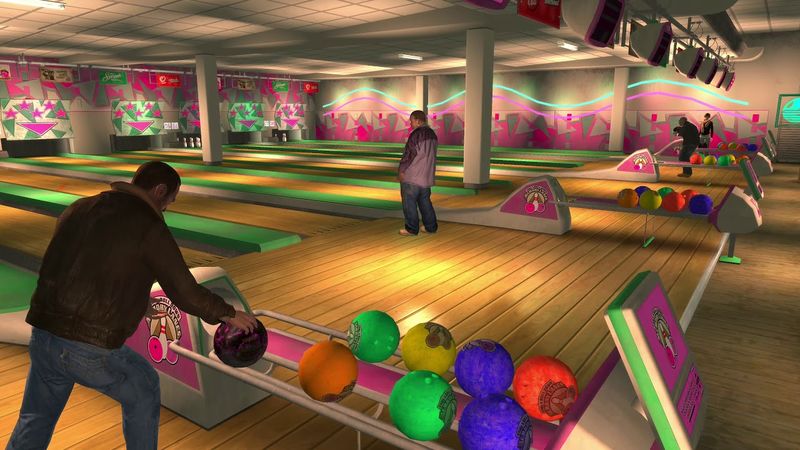 Grand Theft Auto 4 featured a number of mini-games for protagonist Niko Bellic to do to pass the time. Oftentimes Niko would participate in these activities with his cousin Roman or while on dates, giving GTA 4 players something to do besides progressing through the main story or hunting down all of Liberty City's collectibles. While these GTA 4 mini-games were nothing extravagant, it seems some GTA Online players want to see them added to the game.

Reddit user ChainedGraboid posted an image on the GTA Online subreddit of the various Grand Theft Auto 4 mini-games like bowling, pool, or air hockey with the message "Rockstar...When?" The post has gotten a positive response from the community, with over 1,300 upvotes at the time of this writing.


Adding these Grand Theft Auto 4 mini-games to Grand Theft Auto Online would give players something new to do and offer a different way to interact with other players. While GTA Online players mostly kill others in their server, this would let players have friendlier competitions. Instead of running around shooting each other, they could see who could get a higher score in bowling or face off in a competitive game of pool.

ChainedGraboid suggested that perhaps GTA Online could add a new social area to house these mini-games, though it's unclear if Rockstar will ever actually implement anything like this. Grand Theft Auto Online updates are still released on a regular basis, and some of them are quite substantial, but at some point one has to imagine that Rockstar is going to move on to GTA 6 and whatever form its online multiplayer mode takes.

Grand Theft Auto 6 has not been announced at the time of this writing, however, and Rockstar is even putting in the work to bring GTA Online to new consoles. A next-gen port of Grand Theft Auto Online is set to launch within the next couple of months, though it's unclear if it will have any substantial new content. For now, Grand Theft Auto fans that want to play these mini-games will just have to replay GTA 4.

Grand Theft Auto Online is available for PC, PS4, and Xbox One with PS5 and Xbox Series X versions in development.

That would be awesome, id definitely place bets on some bowling. Start a gun fight if I lost at air hockey