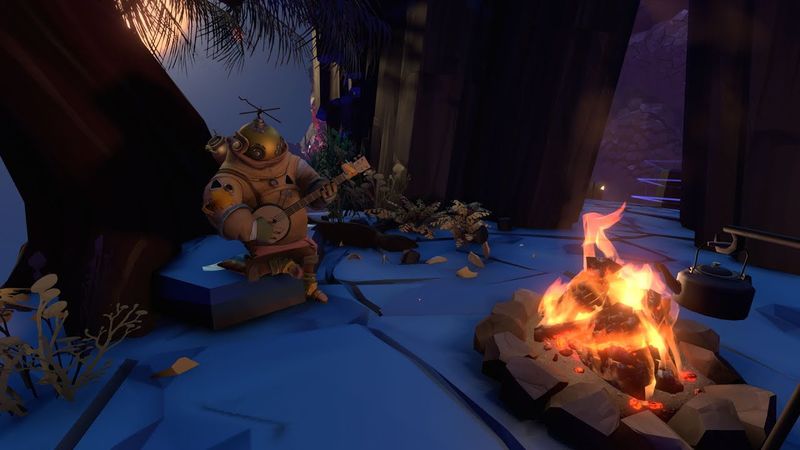 3.7
As promised, Outer Wilds is now available on Xbox Game Pass and Game Pass for PC. Xbox made the announcement a few days ago, and we're just going to remind you that you should be playing Outer Wilds if you are subscribed to Xbox's lovely game subscription service.

Why? Well, Outer Wilds has won a lot of awards, including 2020 Game of the Year from both the D.I.C.E. Awards and the Game Developer Choice Awards. It also won one best game, game design, and best original new property from the British Academy Games Awards that year too. And then there are the various publications that gave Outer Wilds a great review score (ahem, including this one), and the many users that gave Outer Wilds glowing recommendations online (“overwhelmingly positive” is how Steam users describe it).

If peer pressure isn't good enough to sell you, then how about we just describe the game and let you make up your own mind. Outer Wilds is a time loop game made before time loops were cool. Originally released in 2019 from Mobius Digital and published by Annapurna Interactive (a publisher that really knows how to pick winners), Outer Wilds tells the story of a lonely explorer stranded on a planet in a system where the sun is about to go supernova. The explorer must search the system for clues to an ancient civilization before the sun blows up and resets the loop.

There are ways to die before the sun goes supernova, but that'll just reset the loop early.

Going deeper into the game's story will just spoil the surprise, so we'll once again recommend that you download this game now on Game Pass. Or you can sign up for Game Pass on both Xbox and PC and then download it. Or you can buy it, but then you'll have to pay for the game. Not that there's anything wrong with that, but I tend to like keeping my dollars in my digital wallet.