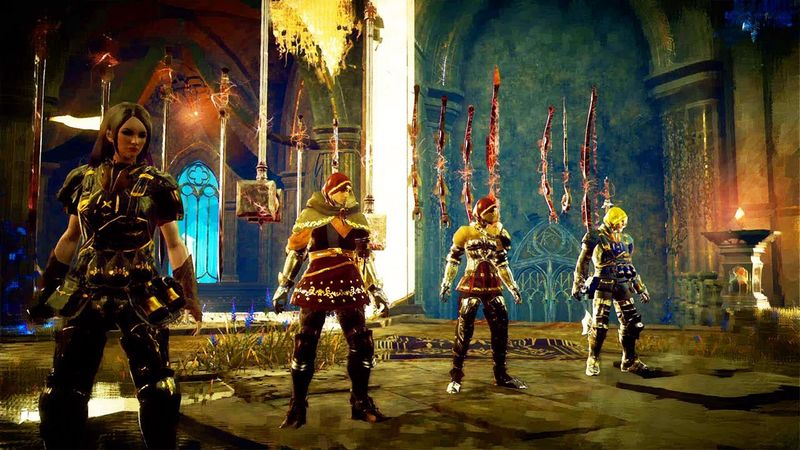 Babylon's Fall is scheduled to launch on PS4, PS5, and PC on March 3, but as we've come to accept over the last couple of years, nothing is certain until the game is in our hands. But thankfully, Platinum fans looking forward to the studio's latest effort can rest assured that the game is ready for launch. As first spotted by Japanese publication GamesTalk (thanks Gematsu), Square Enix announced in a livestream that Babylon's Fall has gone gold, which is developer speak for 'it's ready for live,' basically.

We first saw Babylon's Fall during its reveal at E3 2018, but it went quiet for a long while after that, finally reappearing at Square Enix's E3 showing this year. It then resurfaced as a four-player, live-service, true-blue dungeon-crawler instead of the vaguely high fantasy hack-and-slasher it was originally billed as.

If you haven't kept up with Babylon's Fall much, the game puts you in the shoes of a customizable Sentinel. You'll create a four-weapon loadout by choosing from five weapon types at launch (swords, hammers, bows, staffs, and shield), each with unique skills and abilities, and hack your way to the top of the tower of Babylon while collecting your spoils. Platinum is known for its hack-and-slash combat systems seen in games like Nier: Automata, Bayonetta, and The Wonderful 101, so if anything you can expect something similar in Babylon's Fall to go with its own distinct visual style.