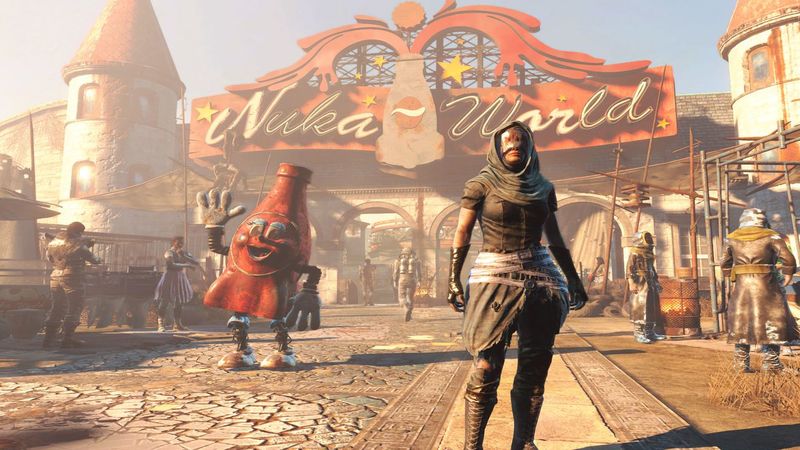 4.3
Fallout 4 is the most recent in the main-line Fallout series, and the successor to the beloved Fallout 3 and Fallout: New Vegas. The title was hailed as good, though not as good as New Vegas on release, and has been steadily updated and modded - including the release of a new DLC-sized mod.

With a game as vast as Fallout 4, there are a lot of ways to play and a lot to love. It features a huge expanse of sidequests and distractions on top of the main quest, with even more added by the community. One way to play is Survival Mode, which allows no manual or autosaves. It can be a lot of fun, but can also be ruined by the tiniest, stupidest things.

One player learned this in a very unfortunate manner after pouring two hours into a Survival Mode run. There are only a few ways to save in Survival Mode, namely sleep and quitting out, with the latter being deleted upon returning to the game. Runs can go for a very long time, but two hours at once is still a lot of time. As such, throwaway12763901p was pretty miffed when the run was ended not by Fallout's stealth mechanics, or a careless move, or a huge enemy, but by a truck.


The truck in question was not running, as it was instead sitting quite peacefully. There were no enemies nearby and no sense of danger, but upon trying to jump into the truck to look for loot, the player hit it at an odd angle and died instantly. This is not the sort of glitch that mislabels a Fallout 4 player's inventory, as this one is a literal run ender. Many comments on the post either relate to the experience or wonder why they haven't experienced it yet.

Unfortunately, this is not the first instance of the cars in Fallout 4 being glitched, although they usually don't rob progress in this way. Apparently Bethesda already has plans for Fallout 5, and hopefully those plans involve avoiding the bugs that plague the beloved franchise.

Survival mode can be a fun way to experience the game, but it's not for everyone. There are a lot of good Fallout 4 mods out there that improve play or bring up new ways to play altogether, and they are still worth exploring in 2022. It seems like players will want to be careful of peacefully parked vehicles, however.

Fallout 4 is available on PC, PS4, and Xbox One.

Id delete the game and give up