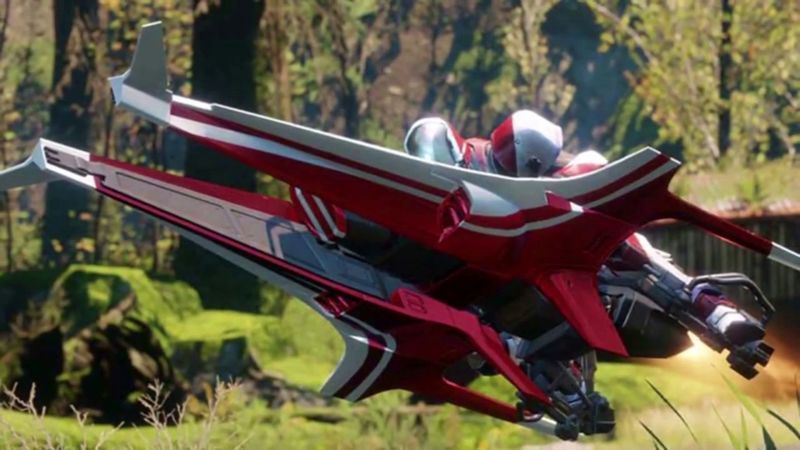 3.6
Destiny 2 is a rather large game with an equally large file size, which Bungie often tries to trim down by removing parts of the game through the Destiny Content Vault. An example is that The Witch Queen expansion will involve the vaulting of everything in Destiny 2's HELM, including the Eliksni and the Awoken wings, as well as the Umbral Decoder and the Prismatic Recaster. The process of vaulting content is also necessary since there are plenty of elements in the game that interact with one another in many ways, creating weird outcomes that may be expected or not.

Sparrows are often talked about in Destiny 2's community for various reasons, with one being that the Always on Time Exotic Sparrow from Scourge of the Past - and now from the Momument to Lost Light - is much faster than any other vehicle in the game. While this is intended, it also makes all other Sparrows trivial and only worth using for cosmetic purposes, and it makes Always on Time all the more valuable in content like the Sparrow section in Grasp of Avarice.

A Reddit user by the name of Xhynk shared a post stating that Destiny 2 players can hop on their Sparrow while invisible and still appear as invisible to enemies, allowing them not to be shot while driving their vehicle. This might not seem like a useful piece of information at first, but there are a few places where this interaction is actually very valuable: the Grasp of Avarice Dungeon and the Deep Stone Crypt Raid. The former's Sparrow section has also been completed by sword skating with the Eager Edge perk, but running it on a Sparrow and occasionally becoming invisible can be great and remove pressure.


In Deep Stone Crypt, there is a Sparrow section needed to proceed into the Raid, but it can also be used to obtain two extra secret chests. Considering there are several enemies in the area, Destiny 2 player might want to consider bringing a Void Hunter along to tag the whole team with a Smoke Bomb.

Destiny 2's Sparrow physics can also make Grasp of Avarice harder, however, especially in the final section where players have to go through the skull to reach and defuse the last mine. However, the very first section is filled with enemies shooting at players, thus making this invisibility trick very useful.

Destiny 2 is available now on PC, PS4, Stadia, and Xbox One.

"Destiny 2 Players Can Avoid Enemy Fire if Invisible on Their Sparrow" :: Login/Create an Account :: 0 comments