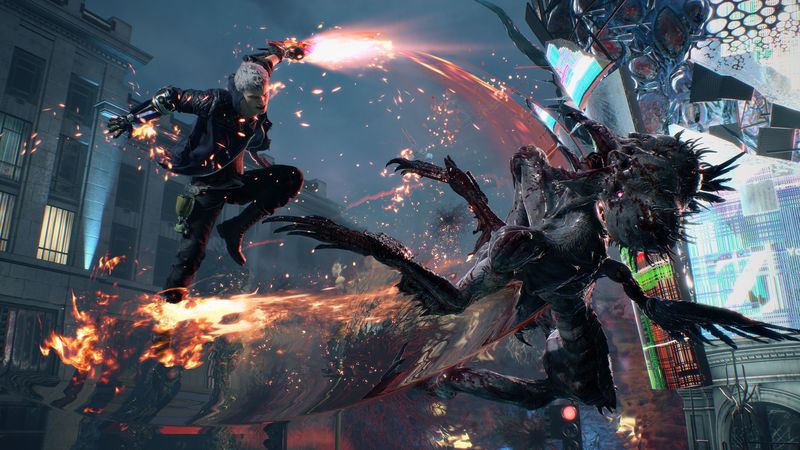 4
Hideaki Itsuno is teasing a new game. For those that don't know, Itsuno is a director and designer for Capcom, and is responsible for shepherding the Devil May Cry and Dragon's Dogma. Beyond this, he's also worked on and influenced series like Power Stone, Street Fighter, and Darkstalkers. While he's not as well known as some of the biggest video game directors and creators in Japan, like Hideo Kojima and Hidetaka Miyazaki, he's a prominent figure in the industry and on his way to hall-of-fame status. Suffice to say, when he teases a new game, many pay attention, particularly Devil May Cry and Dragon's Dogma fans.

Over on Twitter, Itsuno provided an end-of-the-year update whilst wishing everyone a happy new year. To this end, Itsuno notes "the next project is definitely ahead of last year," which is to say, it's made progress. Adding to this, Itsuno asks his fans to "please look forward to it."

Unfortunately, Itsuno doesn't say what this project is. According to various rumors, it's the long-awaited sequel to Dragon's Dogma, which would make sense given the IP is getting the Netflix anime treatment. That said, given the success of Devil May Cry 5, Itsuno's most recent game, Devil May Cry 6 shouldn't be ruled out either. And of course, the mystery game could be a new IP or a return to one of the aforementioned IPs, but these two possibilities seem unlikely.

Happy new year 2022! The next project is definitely ahead of last year. Please look forward to it.


As always, we will keep you updated. Right now, there's no word of when this game will be revealed. Could be in 2022, but there's nothing to the tweet above that suggests as much.