Is a New Tony Hawk's Pro Skater Game Being Teased? 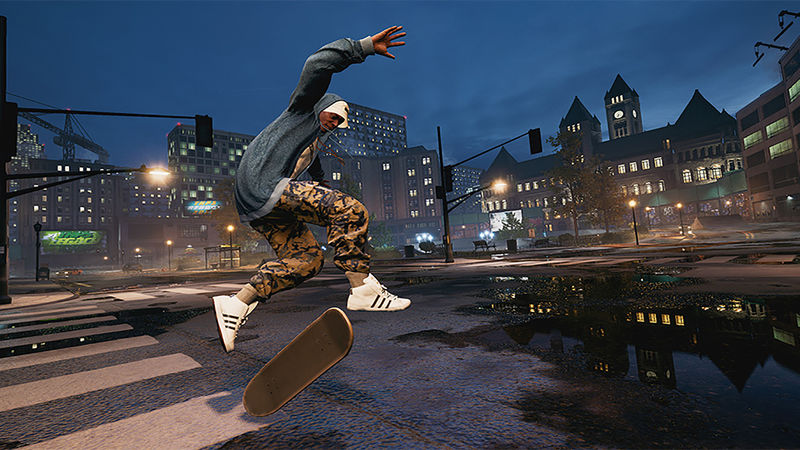 3
Has a new Tony Hawk's Pro Skater game been teased over the past couple months? At this point, it's hard to say, but some fans certainly believe so based on some activity on the franchise's official social media channels. While these "teases" in question might not be associated with the future of the THPS franchise in the slightest, some theories have fans thinking that we could see another remastered entry in the series come about before long.

In recent months on Twitter, the official Tony Hawk's Pro Skater account has been sharing new pieces of art to celebrate various holidays. At face value, these images were shared simply to acknowledge the holidays in question, but when looking a bit deeper, some fans found what look to be teases or hints of some sort. Specifically, Activision has included the message "12 < 312" in two separate pieces of art. While it's not known what this message could mean exactly, some theories have concluded that the "3" combined with the "12" could be hinting that a remastered version of Tony Hawk's Pro Skater 3 might soon be added to Tony Hawk's Pro Skater 1 and 2, which first launched last year.

👀again with the teasing. they also teased it in their Halloween art couple months back. pic.twitter.com/Bm4BzoyVOh


Again, it's worth stressing that this situation could be a whole lot of nothing, so you shouldn't get too excited about the thought of a new Tony Hawk game or expansion just yet. That being said, it is very peculiar that Activision seems to have now dropped multiple hints like this over the past few months. Whether it ends up resulting in a new expansion or video game remains to be seen, but considering how well Tony Hawk's Pro Skater 1 and 2 did in terms of sales, it wouldn't be shocking to see Activision look to make even more money off of remastering old titles.