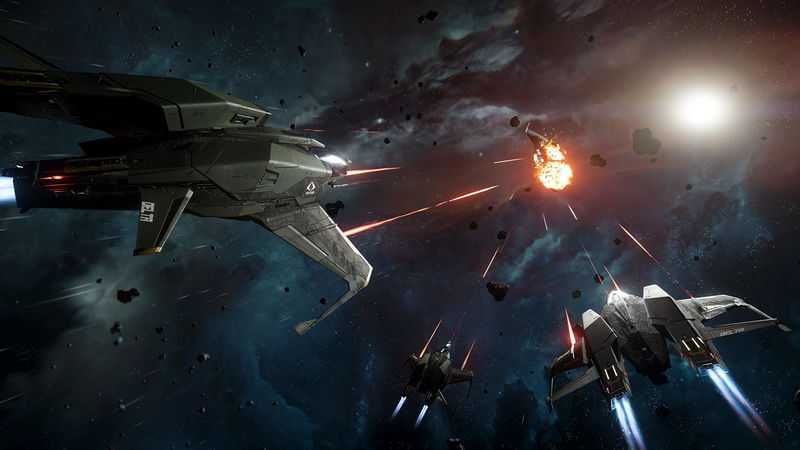 4.5
Announced in 2012 as the spiritual successor to space flight simulation games such as Wing Commander, Star Citizen has evolved far beyond its initial $2 million Kickstarter project. The scope of the game remains as lofty and ambitious as ever, and though Star Citizen amassed a staggering $400 million in crowdfunding over the course of the decade, its release date keeps getting pushed back on a yearly basis, with no discernible end in sight.

Despite this, Star Citizen has allowed players to play the game in its incomplete state and thus provide direct feedback to the developer. Though the format of this test-play and what it entailed has changed over the years, the underlying idea of offering players a glimpse into what the game could offer in its completed state has served as its best advertisement and source of financial support.

Whether or not Star Citizen is Chris Roberts' pipe dream, the tech demo available to players is very much real, and in its 3.16 Alpha patch slated for the fourth quarter of 2021, it has brought back Jumptown to the game – an event based on the original incarnation of Jumptown, where, simply put, space cops and crooks battled for illegal narcotics.

The new update has – in addition to Jumptown 2.0 – also introduced a physics rework to grav-lev vehicles, the Area 18 hospital that serves as a respawn point where players can buy life insurance, as well as a Dying Star map. In January's 3.16.1 patch, Star Citizen will also release Derelict Ships, a point of interest not unlike dungeons for players to explore.

For the most part, players who have been intently following and enjoying their time in the game have had a positive experience with the new Jumptown iteration, citing that the general spirit of the event has passed unto its successor, with all its highs as well as its conceptual pitfalls such as not accounting for players calculating optimal ways to obtain the game's currency, and collaborating among themselves to achieve it.

Yet increasing frustration is slowly seeping into the Star Citizen community. Between Squadron 42's beta being delayed, and many of the promises and features depicted in the road map for Star Citizen's patches remaining thoroughly unfulfilled, players are getting fatigued by the long development time that a game of this scope demands, wondering if it will ever truly release.

Whatever the case may end up being in the long run, it cannot be denied that Star Citizen is the most expensive tech demo ever made, and despite its shortcomings in failing to launch, the game's unfinished state still remains a technical marvel.