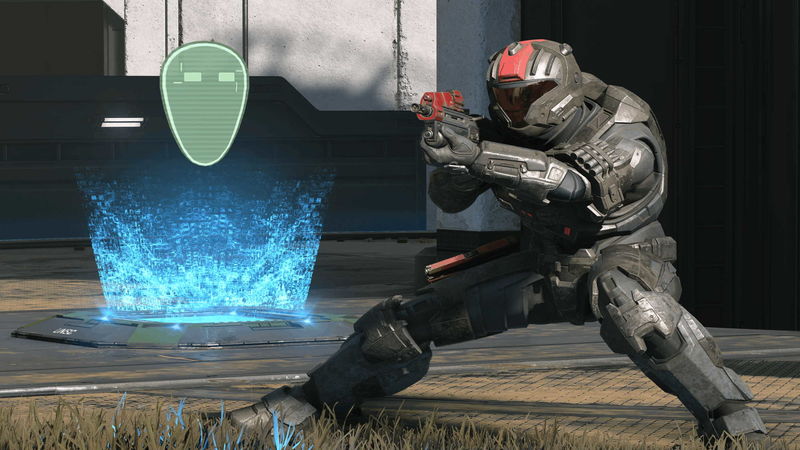 The premise of Oddball is simple: hold the flaming skull to gain points, while teammates try to protect the carrier. For a long time, Oddball has been one of Halo's most competitive game modes, but new changes in Halo Infinite have made it even more exhilarating. For starters, rather than a simple race to reach a single large number, Oddball is now round-based, with the team winning a round after holding the ball for 100 seconds. In previous games, dominant teams could ride out an Oddball hold indefinitely, but now as a round-based mode, the action is broken up giving the opposing team a chance to break up the winning team's momentum.

YouTuber Yaboitroy has discovered how to reset the Oddball from anywhere in Halo Infinite. As the name implies, resetting the Oddball simply means forcing the ball to respawn on the map, and it is usually done by either the carrier throwing it (or themselves) off the map, or no one touching the ball for a set amount of time. With a glitch discovered by Yaboitroy though, players can reset the ball on any outdoor Halo Infinite map by punching it into orbit. As Yaboitroy demonstrates, to perform the glitch, players must first look completely upward, drop the ball by pressing the "Switch Weapons" button, and finally pummel the ball while moving to the right, and if done correctly, the Oddball will be shot into oblivion.

Like many of Halo Infinite's other glitches, it is unlikely that 343 Industries designed Oddball to work this way, as no official comment has been made. 343 Industries has done a good job so far at addressing bugs as they have appeared in Halo Infinite, like the infinite melee glitch back in the game's beginning days. The glitch allowed players to perform an unreasonably fast melee combo that when performed successfully, could drop players within half a second, it only taking two pummels to kill a fully-shielded player. Where that is clearly a broken game mechanic, one might argue that this Oddball glitch has potential as an effective strategy.

As with most quality control in game design, it will be some time before the Oddball glitch is addressed (if it does at all). In-game though, this glitch could revolutionize how Oddball is played on maps that lack traditional kill planes like Streets and Bazaar. Resetting the ball on these maps traditionally requires ditching the ball into an open area and playing around it, but with this glitch, players could effectively take more control of the game if the carrier knows there's a teammate already waiting to pickup the ball again.

Halo Infinite is available on PC, Xbox One, and Xbox Series X/S.