Elden Ring Director Explains Why It Has No Wearable Rings 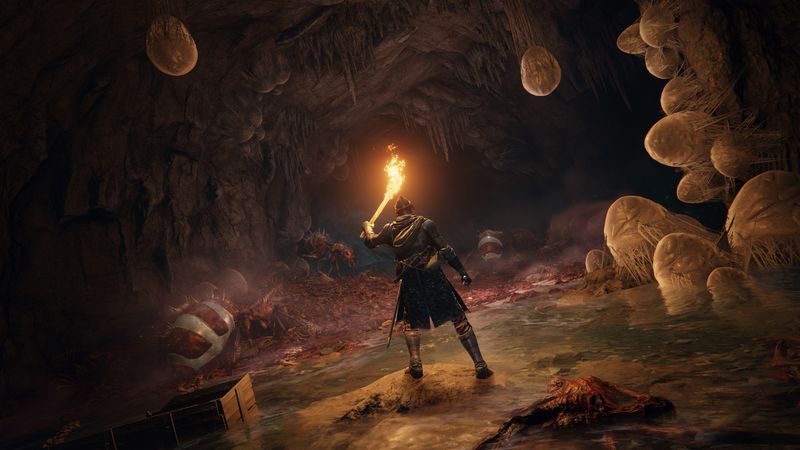 5
Despite the name, Elden Ring from Bandai Namco and FromSoftware won't have any actual wearable rings in the video game when it releases on February 25th for the PlayStation 5, PlayStation 4, Xbox Series X, Xbox Series S, Xbox One, and PC. As to why that's the case given that previous video games from the developer did, in fact, include wearable rings, Elden Ring director Hidetaka Miyazaki recently explained to EDGE magazine that it basically boiled down to wanting to make rings truly stand out in the title.

"There are a couple of reasons for this choice," Miyazaki told the magazine, as shared online by Wccftech. "The first is that, yes, we explored rings as equippable items a lot in our previous games — Dark Souls, particularly — and so talismans this time allowed us to approach those ideas in a different way, with a greater variety of designs. And the second reason is that, of course, rings do exist as physical 'finger rings' in this game, but more as unique items that are involved in the story and unique character events. So we wanted them to have a special positioning within the world of Elden Ring and also to be something different from a design standpoint in relation to the talismans."

In other words, allowing rings to be equippable items in Elden Ring would have diluted the power and significance of them in the video game's story. At least, that is, according to Miyazaki. And it sounds as if talismans will largely provide similar benefits to rings in previous FromSoftware games, so there's nothing really lost there mechanically.

Can not wait for this game. Looks amazing