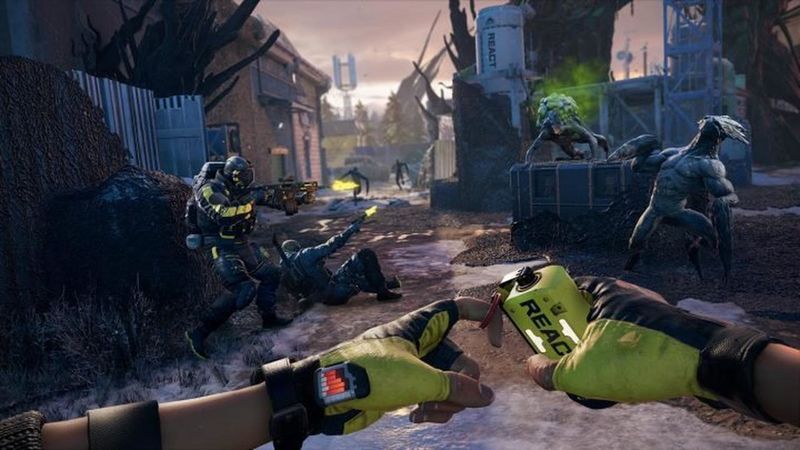 3.5
Rainbow Six Extraction's creative director has revealed how Operators from Siege were adapted for the new game.

When it launches next month, Rainbow Six Extraction will bring over a selection of Operators from Rainbow Six Siege. In a new interview with PLAY Magazine, which you can buy here, Extraction creative director Patrik Methe reveals that the team had "heated discussions" concerning which Operators from Siege would make the cut for Extraction.

"We had to adapt some of the gadgets and abilities to support this play," said Methe of Siege's Operators going from fighting human enemies to alien foes in Extraction. "We tried to stay as close [as possible] to the essence of each Operator that we picked for Extraction. This means that we tweaked the Operators in certain ways, sometimes small, sometimes big."

"In the end, we feel that we were able to pick the best roster of Operators for a PvE co-op experience," Methe adds of Extraction's final character roster. Extraction's final roster currently numbers 18 Operators, including the likes of Ela, Gridlock, Smoke, Nomad, Sledge, Lion, Vigil, Pulse, and Finka, all of which have made the jump from Rainbow Six Siege.

There's also an additional six Operators, according to the official Rainbow Six Extraction website, which are yet to be revealed, so there's more to come if your favorite character hasn't appeared to make the cut so far. Rainbow Six Siege launches next month on January 20, 2022, and anyone who picks up the game will immediately be granted two Buddy Passes, which can be used to give anyone two weeks free access to the shooter.