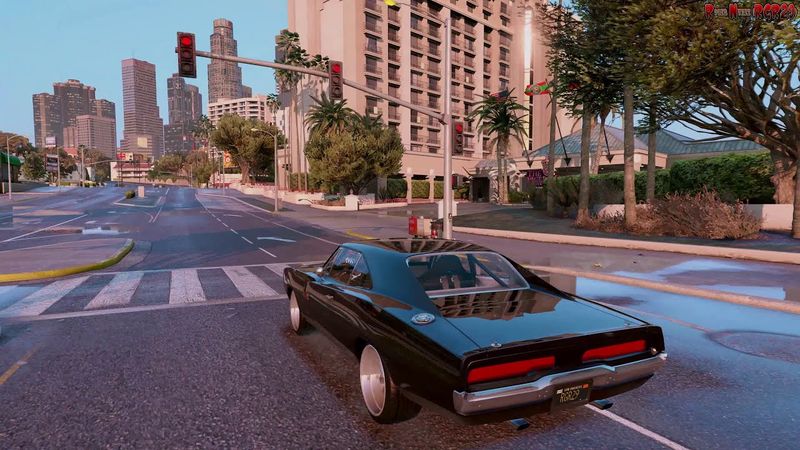 4
Grand Theft Auto Online just saw the release of its latest story DLC, The Contract, featuring a continuing story of GTA 5 protagonist Frankin Clinton. 8 years after GTA 5's release, an expanded story for Franklin, confirmation of GTA 5's canon ending, and Dr. Dre are likely the biggest factors drawing fans to try out the new missions, but at least one player has been hit with a hilarious but bizarre bug.

The bug in question struck when the GTA Online player was trying out Short Trips for the first time after completing The Contract's core story. Players going into this mission get an opportunity to play as someone other than their normal player characters, but when they returned to their own, something new had appeared: a full beard.

Shared on the GTA Online subreddit, user FudgeControl shared an image of their player character sitting alongside Franklin Clinton. Their feminine avatar appears with a full beard and mustache on their face, despite the fact that such cosmetic options aren't available for female characters. Franklin, amusingly, appears to be leaning forward in his seat to check out his partner's sudden new look.


While the exact explanation behind this particular cosmetic bug hasn't been revealed by Rockstar, comments suggest that it may have something to due with having multiple characters in the online game. According to the comment, others have experienced a similar bug in which one character's hairstyle, facial hair, and/or makeup have appeared on the other character. Others have suggested that this is a long-standing bug that has cropped up periodically over the years.

As female characters in GTA Online don't normally have access to facial hair options in the game's barber shops, it's unclear how the player will be able to return to their normal appearance. Logging out and in again might clear it up, or they may need to reach out to Rockstar Support. In any case, players may want to keep an eye out for any unexpected changes to their characters after participating in missions in The Contract DLC.

While some players were simply amused by the bug, others took the opportunity to lament the lack of genuine facial hair options in the game. While there are a few choices, the bushier beards available in GTA 5 or Red Dead Redemption 2 aren't accessible in the online character creator or in-game salons. GTA Online's latest DLC added new outfits, accessories, and cosmetic options, but the demand for longer hairstyles and more facial hair options have largely gone unheard.