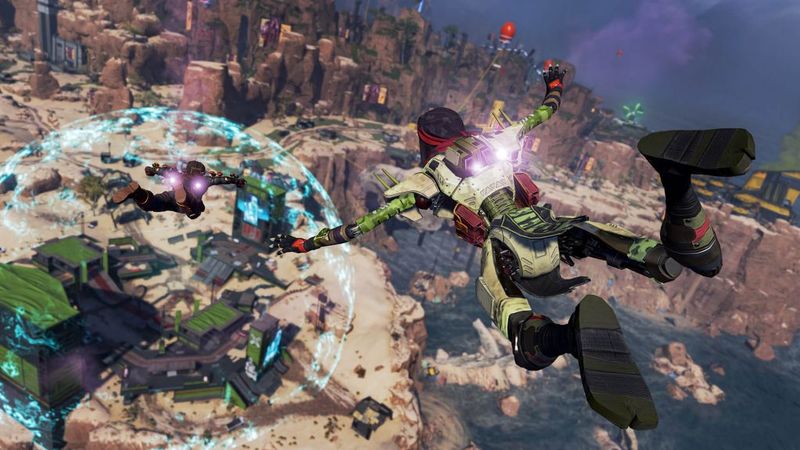 4
Over the past couple of years since Apex Legends was released, a dedicated Ranked mode has served as an incentive for players to continue to return to the battle royale. With each new Ranked split, gamers have a new goal to reach as they strive for the highest rank, Apex Predator. While moving up the competitive leaderboard is often a fun challenge, server instability has threatened to sap some of that enjoyment out of the experience for many fans.

Over the past few seasons of Apex Legends, players have dealt with frequent issues regarding servers, especially in smaller regions. One of the problems affecting an abundance of gamers is lobbies being flooded with high ping players. Fortunately for those impacted by these types of server problems, it looks like a possible fix is coming in the future.

In a collection of tweets from December 21, Respawn Entertainment addressed server issues impacting numerous players in the Apex Legends community. In the message, the developer outlined plans for improving server stability in Ranked mode. In order to solve the problem, it proposed a possible region lock. According to the developer, the goal of these changes are to keep lobbies at a lower ping. By doing this, the game studio aims to improve the “competitive integrity” of online matches at the higher levels of Ranked play.

We are investigating ways of guaranteeing competitive integrity at the highest rank of Apex Legends, including work to improve the netcode when you fight a player with a bad connection to the server. We also recently tested a soft region lock for Masters and Predators...


Beyond revealing its possible plans for the future, Respawn revealed that it had already tested a soft region lock for Masters and Predator players. Based on the information in the series of tweets, these tests were conducted by finding the lowest latency data center for the party leader when matchmaking for a game. After conducting the test for two weeks, the developer saw some promising growth in player populations on typically less populated regional servers. “We saw most regions regaining a portion of their native players,” Respawn said.

While many people liked the idea, some were concerned that it might not solve issues with cheaters and hackers in Apex Legends lobbies. They claimed that playing on smaller servers would leave them more susceptible to frequent cheaters. Respawn admitted this was a legitimate concern when moving players from high ping servers to less populated ones with lower ping. However, it emphasized that it would continue to work on safeguards to prevent cheaters from ruining matches. “We are continuing to work on addressing these concerns with our game security team,” the developer said.

Unfortunately, no time was given regarding when these potential changes would roll out. It seems only time will tell if and when the developers at Respawn Entertainment ultimately decide to implement a region lock. Hopefully, whenever these changes come from the developers, they will improve the gameplay experience for players.

Apex Legends is available now on PC, PS4, Switch, and Xbox One.