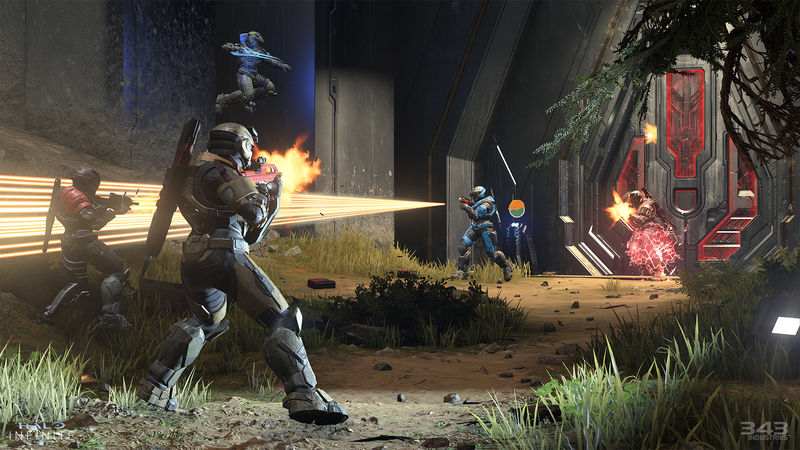 The Sentinels member was accused of using geofiltering—a method that removes certain servers from consideration when matchmaking (thanks, Kotaku). While Infinite automatically determines the best server to use for all players, removing them with geofiltering can cause abnormally high ping for players as well as lobby connection issues.

The complaints were made from rival players after the Sentinels' final match during the North American Kickoff Qualifier that took place over December 1 and 2—which happened to suffer a four-hour delay thanks to connection issues. HCS officials dug into Royal2's logs and discovered that only one of seven US servers were available on the matchmaking list. After replicating a well-known geofiltering method, they found that the data matched that of Royal2's exactly.

He was found to have been utilising the method between November 26 and December 3, with officials declaring it a modification of files and in direct violation of HCS rules. Apparently, Sentinels have been given ample time to provide an explanation but have failed to provide anything adequate enough.


"Sentinels have been given several opportunities to provide reliable support for an alternative explanation," officials wrote in their ruling. "The ISP data provided by Sentinels to support an alternative explanation is inconsistent with the timeline of data irregularities that occurred between November 26 and December 3. Further, the increase in latency that the ISP data details does not explain the irregularities in data observed."

In a statement posted to Twitter after the ruling, Royal2 admitted to turning off certain servers and said he forgot to fix it before the qualifiers. "During the launch of Halo Infinite, I was experiencing extremely high ping with the Central server," he wrote. "I changed my settings to use the West Coast server, but failed to turn it off for the NA Kickoff Qualifier. While this was corrected before last night's Esports Arena tournament, I understand the issues my oversight caused for the qualifier. I truly did not realize the impact this decision would have, and for that I am deeply sorry and apologize to my fans and wish my teammates the best of luck in Raleigh."

Royal2 is now suspended until January 28, 2022. Officials have also nullified the Sentinels' placement in the championship, knocking off points and pulling them from their place in the top seed. The Sentinels also won't be able to run with any of the players used during the cheating which means they're unable to participate during the Raleigh event, though "the rest of the roster is eligible to compete in the Open Bracket."

If he's a pro player, then why did he do what he did?

There are more out there