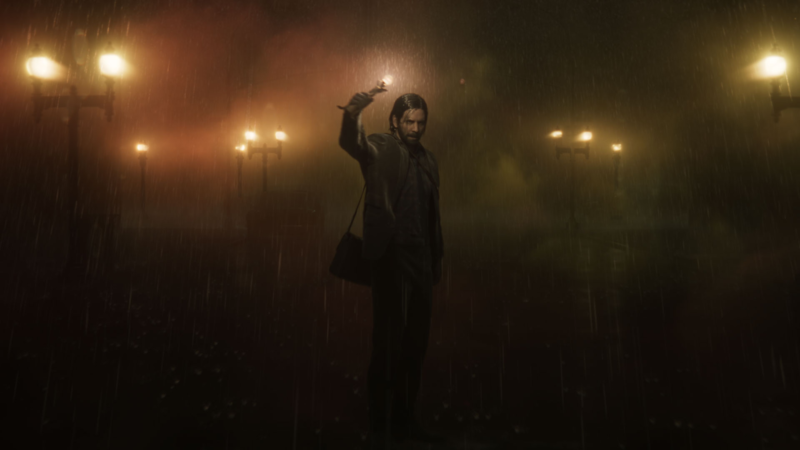 4.1
One of the most surprising announcements made at the Game Awards this year was Alan Wake 2. After waiting over a decade, fans of the cult classic action-adventure game will finally be able to continue the story of Alan Wake. As more and more details surrounding Alan Wake 2 get brought to life, a key piece of information has recently been revealed.

Following the release of Alan Wake Remastered for current and next-gen systems, the announcement of the long awaited sequel led to a great amount of online excitement from fans. Since that time, Sam Lake, the director of both Alan Wake installments, has been providing fans with a plethora of new details surrounding the development of Alan Wake 2, without giving anything too integral away. Now, Lake has revealed the return of two essential components of Alan Wake.

Over on Twitter, Sam Lake officially revealed that both Ilkka Villi and Matthew Porretta will both be returning in order to reprise their roles as the titular character of Alan Wake. Villi served as the motion capture performer, while Porretta voiced the character in the original Alan Wake. While the genre of Alan Wake 2 has been changed to a survival horror, it seems at least some things will remain the same from the original.

Thank you for being as excited about Alan Wake 2 as we are ❤️🔥🔦. A couple of easy clarifications before we go dark to continue the work. Yes, this is a 3rd person game. Yes, both Ilkka Villi and Matthew Porretta return in the role of Alan Wake. #AlanWake @alanwake @remedygames pic.twitter.com/8UvzXGgKdE


It's nice to see that not only Alan Wake's original voice actor, but motion capture performer, will be returning for the upcoming sequel. Typically, with certain gaming franchises, especially those that haven't seen a new installment in a very long time, development studios will often replace either the voice actor or mocap performer with someone else. This occurred with games like God of War (2018) and Metal Gear Solid 5.

In any case, it's amazing to see how much detailed information has released regarding Alan Wake 2. Obviously, plot details will likely be kept close to the chest until the release of the game, but just the fact that Alan Wake will have an M rating is fairly indicative of what's to come. Especially considering how much emphasis was placed on action in the first Alan Wake, despite all of the contemporary horror elements featured throughout.

It will be interesting to see what else Remedy has in store for Alan Wake fans going forward. In addition to Villi and Porretta, it's possible that Poets of the Fall might be returning for Alan Wake 2. A number of the band's songs have been featured in Remedy's games, but Alan Wake is comparatively more synonomous with Poets of the Fall, since the game actually created a ficticious fan called the Old Gods of Asgard, which is played by Poets of the Fall.

Great news!! I was hoping for the Original game cast to be in the 2nd part