Looks like Serious Sam 4 is getting an icy expansion 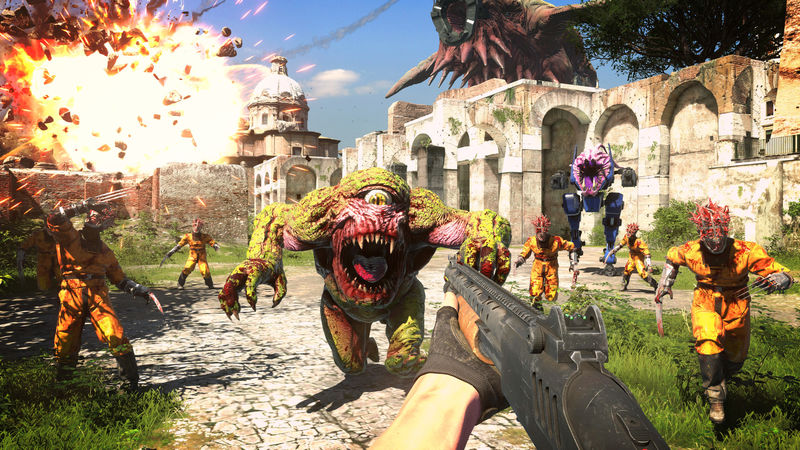 3.8
It’s been over a year since the release of Serious Sam 4 and publisher Devolver Digital is now teasing a wintery DLC expansion of some sort, which looks like it’ll either drop later this month or sometime next year – which may be connected to the surprise launch of the Serious Sam 4 Game Pass release earlier this week.

Serious Sam 4 released in September 2020 to pretty good reviews for the most part, with our own reviewer calling it “a ridiculously enjoyable experience” despite the flaws. There have been a few updates since then, including some big changes to the France level, but there hasn’t been a major posting since the Steam Workshop release in March.

There certainly hasn’t been any word about DLC or expansions by developer Croteam or Devolver Digital, but that’s now changed thanks to the teaser trailer posted today – which you can see below. It shows Sam travelling by boat to an icy land and complaining that it’s cold, then the Serious Sam logo appears and freezes up.

It certainly seems to be teasing a new DLC of some sort. Since Serious Sam 4 is about fighting over different parts of Europe it could be set in somewhere northern like Norway. Regardless, fans immediately spotted the “22” on the buoy that intros the teaser – which most likely is about the expansion releasing in 2022, although an appearance on December 22 would be a nice surprise.