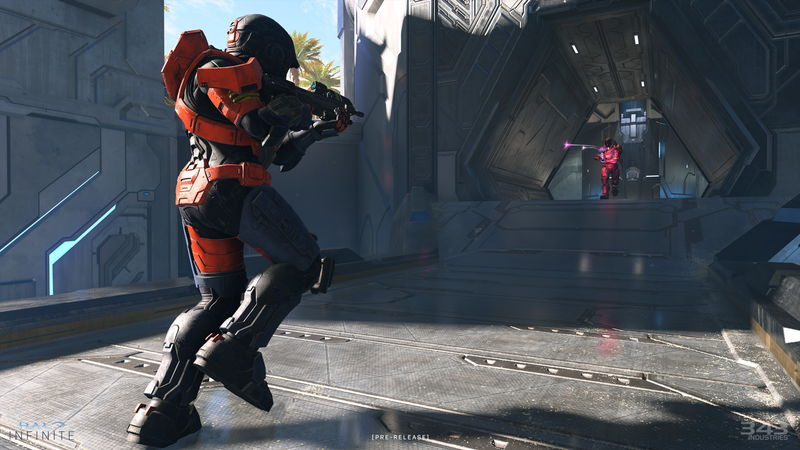 4.2
This week should be an exciting time for Xbox fans, as Halo Infinite's campaign is just a few days away from release, and reception has been quite strong. Unfortunately, it seems a lot of fans aren't happy with the game's multiplayer, particularly on the Halo subreddit. Over the weekend, moderators temporarily locked it down as a result of strong toxicity, and even death threats directed towards developers for 343 Industries. The temporary lockdown seems to be at an end, but it remains to be seen whether the time off allowed fans to cool down, as the mods intended.

"The amount of toxicity on the sub from both sides has made it impossible for people to have civil discussions, which is what the mod team strives for regardless of opinion. Some users on the sub have even been responsible for doxxing and death threats. We're temporarily putting the sub on lockdown so people can hopefully settle down a bit and we can hit the reset button before launch. At the end of the day, this is a video game and this level of vitriol is unwarranted," one moderator wrote.

Hard as it might be to believe, there was a time when gamers and developers had little in the way of interaction. Over the last 20 years, social media has greatly changed that, allowing players to directly communicate with developers. There have been some great benefits to these open lines of communication, but toxicity has long been a problem, and developers have often spoken out about the treatment they've received from fans online.

Some of the most prominent complaints about Halo Infinite have surrounded the game's battlepass and playlists. However, 343 Industries is very much aware of these issues, and has addressed fan concerns on the subreddit. Fixing these issues won't happen overnight, but hopefully the subreddit shutdown will help players rethink the way they speak to others, and find some common ground on a franchise that clearly means a lot to so many.

I think the toxicity is validated to an extent. There are so many features that aren't included in Infinite that are legit the stepping stones of the other Halos. Especially for a game that was delayed an entire year. I don't understand how Co-Op wasn't a day 1 feature. There are virtually no armor unlocks unless the battle pass is purchased.

Ah, the good ole days are still alive, but on a subreddit for halo.