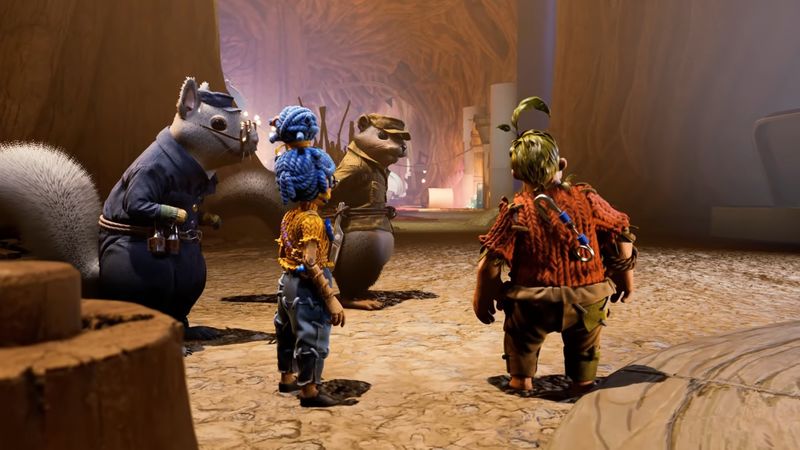 4
Take-Two Interactive has hit Hazelight Studios' It Takes Two with a trademark claim.

The trademark claim was filed to the United States Patent and Trademark Office by the Grand Theft Auto parent company shortly after the release of the cooperative puzzle game, and Hazelight has been forced to abandon formal registration of the game's name.

In a new statement sent to Eurogamer, a Hazelight spokesperson said the studio "cannot comment on ongoing disputes," but are "hopeful it will be resolved." However, it looks like studio did not dispute the trademark claim as a new notice of abandonement was sent to the USPTO.

Business analyst Mike Futter commented on the issue on Twitter, saying that even though Hazelight has been made to lose ownership of the game's name and can't protect it, this does not necessarily mean the studio will have to change the name of the game. "They could change it if they want to protect the name, but honestly, it’s probably not worth it to them to do that," Futter said.

According to the chair of the Entertainment, Media and Sports Law Group at Buchanon Ingersoll & Rooney, David Gurwin, under "common law rights", this means that Hazelight can continue to sell the game and use the name It Takes Two. Common law rights are based on usage, rather than formal registration. However, as per Futter's point, these are more limited than had it successfully been granted the trademark.

Richard Hoeg also commented on the claim, saying that "Take-Two is being very, very aggressive", and has filed "extension requests for 25 challenges in the last three months."

Take-Two Interactive has previously filed hundreds of trademark disputes to the USPTO, for words such as "rockstar", "mafia", "social club", and other words related to its IP. Take-Two has not commented on the trademark claim at this time.