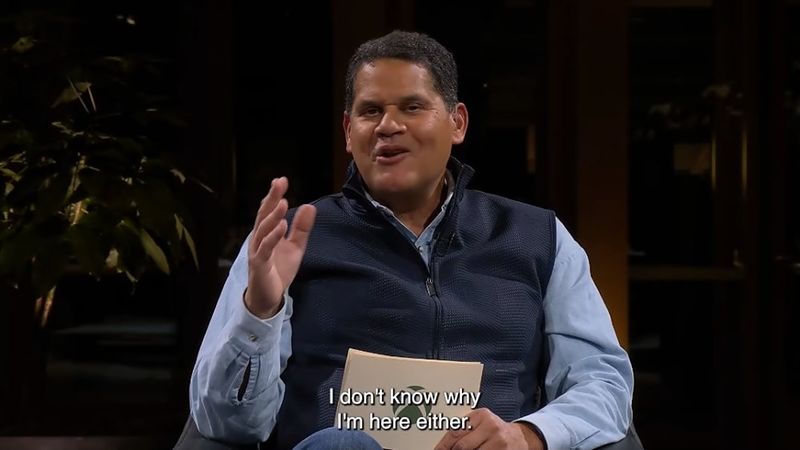 4
“I’m sure at this point you’re wondering, what is the former president and chief operating officer of Nintendo of America doing at a Microsoft Xbox event?” Reggie Fils-Aime asked during last night's Xbox event, before providing an unexpected response.

“I don’t know why I’m here either,” he said, and then introduced his colleagues for "Xbox Pioneers: Creativity & Innovation — Past, Present & Future," a round table discussion about where gaming has been and where it's going. Alongside Fils-Aime was 343 Industries studio head Bonnie Ross, former corporate VP of Interactive Entertainment Peter Moore, former CP of Microsoft Game Studios Ed Fries, and Chief Xbox Officer Robbie Bach, who did away with all the corporate nomenclature during his time at Xbox.

The discussion itself tackled a lot of subjects, from the birth of Xbox to the Sega Dreamcast and it's first forays into online gaming. Although the talk was mostly centered around Xbox given the weight of Xbox executives at the table, Fils-Aime made sure to insert Nintendo into the conversation wherever he could.

“And certainly, I look back with a lot of pride on of the innovation that I was part of," noted Fils-Aime, "whether it was the Nintendo DS with two screens, touch screen, first touch screen mass-market device in the consumer electronics space, the work that I did with the Wii.

“And I have to sneak it in," Fils-Aime added, "during that generation, the Wii was the top-selling console.”

Despite no longer being in charge of Nintendo of America, Fils-Aime still manages to fill his days with lots of projects. He hosted The Game Awards last year, started a podcast for charity, and he’s writing a new book about his time working at Nintendo. Plus he has time to play moderator for an Xbox discussion, which might indicate he has more free time than he can effectively fill.