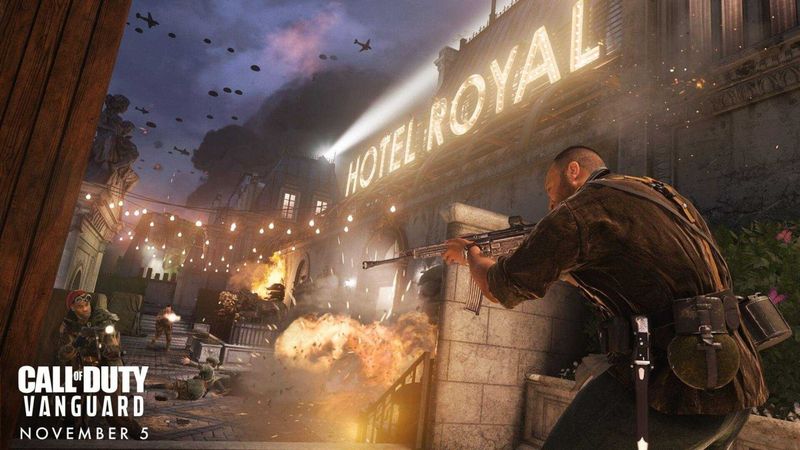 4
There are some things in life that you can be certain of, we all die, pay taxes, and expect a new Call of Duty title every November. But is that about to change? One leaker seems to believe that Activision is considering ditching the annual release schedule for Call of Duty.

As many fans will be aware, Call of Duty development works a little differently from other FPS titles. Each new game in the series is developed by either Treyarch Studios, Infinity Ward, or Sledgehammer Games, meaning that each developer has a 3-year window to develop their Call of Duty title.

This means that Activision has been able to publish a new game every year since 2005’s Call of Duty 2. The system has worked well for over 15 years now, but the recent release of a reportedly rushed Black Ops Cold War and the huge success of Call of Duty: Warzone could mean we’re in for a bit of a mix-up.

Will Call of Duty Be Ditching The Yearly Release Schedule?
According to RalphsValve, Activision is reportedly discussing the possibility of extending Call of Duty’s annual release. Essentially what this means is that we won’t be seeing a new title arrive every November, and will more than likely take a year out in between new releases.

Although this would greatly improve the overall quality of Call of Duty, allowing developers to spend more time on their product, there’s no solid proof that this is actually going to happen.

RalphsValve is an up and comer in the leaking community, recently revealing details surrounding Call of Duty: Modern Warfare 2 (2022) and sparking rumours about a possible GTA IV remaster. Although details on Ralph’s Modern Warfare 2 leaks were corroborated by the likes of Tom Henderson, many are beginning to question if RalphsValve is a trusted source.

Activision are reportedly in discussion for extending Call of Duty’s annual releases pic.twitter.com/7GjIOxD9zf


Many fans also doubt that Activision would even consider shifting the annual release schedule for Call of Duty as it would lose them a large amount of profit not having a new title out each year.

But, with that being said, Call of Duty: Warzone has taken the series in a new direction, breathing a breath of fresh air into the franchise. It’s possible that Activision intends on putting more focus on Warzone in between the usual annual releases.

Of course, take all this information with a pinch of salt until an official confirmation is made by someone within the Call of Duty team. Make sure to let us know in the comments, do you think Activision should extend the annual release of Call of Duty?

Tbf if they do atleast release a game that can live 2 years.

I have been playing MW since release. My friends and I don't enjoy Cold War and have not picked up Vanguard. Shame they stopped supporting MW a while ago.... I cant play half of the maps.